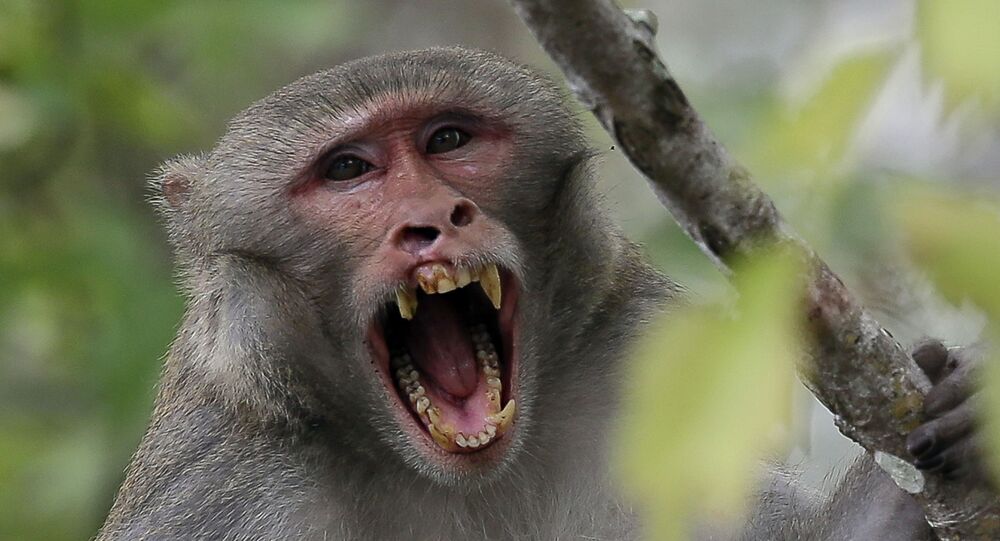 Florida Fish and Wildlife Conservation Commission (FWC) officials confirmed that a dozen credible reports have recently emerged suggesting the rhesus macaque, a species which carries the Herpes B virus, is migrating throughout the state.

Residents of several northeast Florida communities are on high alert after the FWC confirmed reports of rhesus macaques in the area, but the agency appears unwilling to offer assistance to remove the feral, invasive and herpes-carrying monkeys.

University of Florida wildlife ecologist Dr. Steve Johnson told First Coast News (FCN) - the local outlet which broke the story on January 30 - that the “potential ramifications are really dire” when it comes to human contact with the species, noting that while they can look relatively harmless, they are “extremely strong, potentially dangerous” animals.

Video published by the outlet and captured by a resident of northern St. Johns County showed a monkey, poolside, munching on oranges at St. Johns Golf and Country Club.

However, when residents phoned the FWC and reported the rhesus macaque’s presence, the state regulators advised them to privately hire a trapper if they wished to remove the monkey, according to a Sunday report from FCN.

“The FWC is not currently attempting to capture this monkey at this time,” the FWC also told the outlet, but added that it "will continue to monitor reports of monkeys in the Jacksonville area ... and will respond to individual monkeys acting aggressively and posing an immediate safety threat."

Johnson explained that while it’s a “low risk, high consequence” possibility that one would be attacked by a rhesus macaque, those who are perceived as threat to the monkey may have to face the animal’s “strong arms, a very strong bite [and] large canine teeth.” Also, the rhesus macaque is a carrier of the Herpes B virus, which is highly fatal in humans if not treated.

The FWC website notes that feeding this particular species of monkey has been banned in the state since 2017, as the rhesus macaque is likely to become aggressive when given food.

Not native to Florida, the species first arrived in the US in the 1930s as a way to attract tourists to an island in Florida’s Silver River. Naturally, the monkeys multiplied, and their ability to swim expanded their presence and led to the state allowing licensed trappers to capture and cull the rapidly expanding population.

FCN reported that approximately 1,130 rhesus macaques were trapped and removed between 1984 and 2012. While hundreds were sold to research facilities or taken to zoos, others were simply killed.

State regulators believe these particular rhesus macaques that have invaded northeast Florida are predominantly male and arrived in the area from the St. Johns River Basin, which connects to the Silver River via the Ocklawaha River.

“Big, scary, 15-foot Burmese pythons or nasty feral pigs are one thing, but primates that look like people, that are furry, it’s a much more difficult challenge,” Johnson said. “It would take political will it would also take a lot of money. I don’t envy them one bit.”

No Monkeying Around: Macaques Get Around Using Telephone Lines