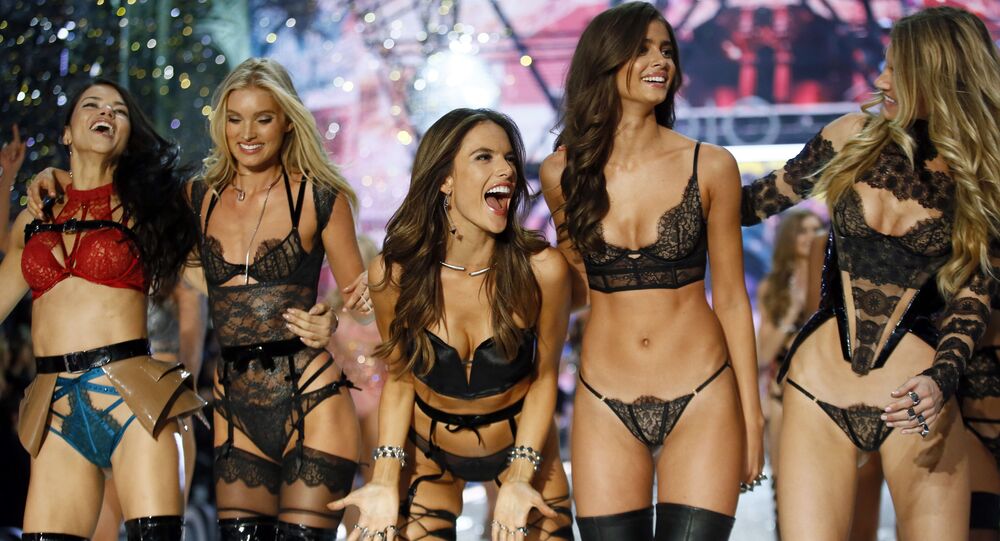 The lingerie manufacturer, which has experienced financial struggles in recent years, has long faced accusations of objectifying women. Following the allegation about its owner Leslie Wexner’s unholy alliance with paedophile Jeffrey Epstein, which the mogul denies, the company has been hit by a sexual bullying scandal.

Victoria's Secret, whose financial problems have become the talk of the town, is facing calls for a boycott of its products over sexual harassment allegations brought to light by a bombshell probe.

The New York Times has reported about a culture of bullying in the company, citing former models and staffers of the lingerie giant. One of the main figures in the scandal is former marketing chief Ed Razek, 71, an ally of Victoria's Secret owner Leslie Wexner, who came up with the company’s trademark Angels’ show. He reportedly tried to kiss models, forced them to sit on his lap or harassed them during casting sessions and after them.

One of the women who reportedly experienced his abusive behaviour is said to be 23-year-old supermodel Bella Hadid. He allegedly asked her if she could walk “down the runway with those perfect t*****s” and told her to “forget the panties” during measurements in 2018.

Although Razek has rejected the accusations as “categorically untrue,” this sleazy line is now being used as the name of the campaign against Victoria’s Secret, a company that generates worldwide sales of £5billion a year, The Daily Star reports. The allegations do not come as much of a surprise for some commentators, as the company has consistently been accused of objectifying women.

“Sadly, it doesn’t surprise me that this has been going on at Victoria’s Secret - and it’s a culture that pervades across the fashion industry," the chair of the Commons Women and Equalities Committee Caroline Nokes said.

Her opinion has been echoed by the Centre for Women’s Justice’s Nic Mainwood, who noted: “It is no real surprise that a company that profits from the objectification of women has a culture of sexual harassment.”