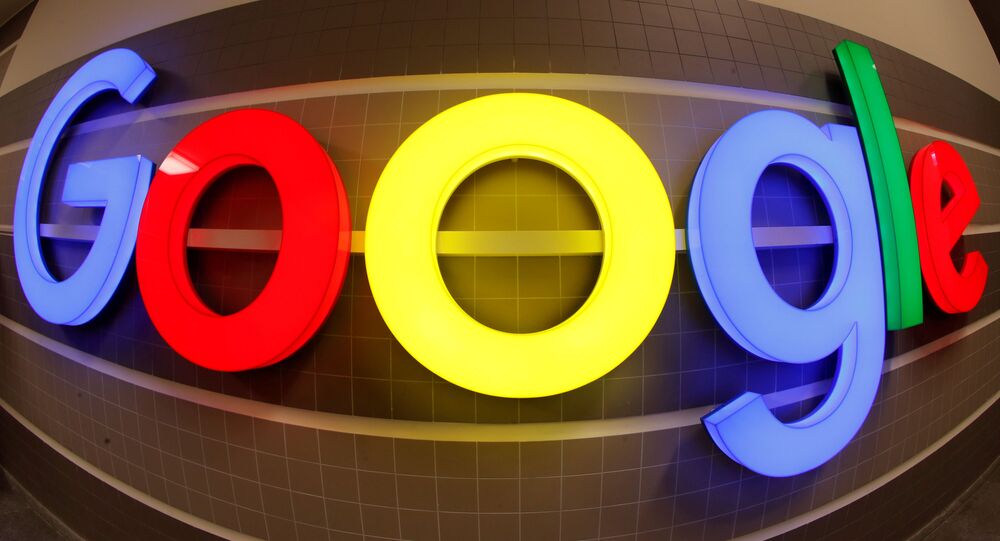 Multiple leaks published by Project Veritas last year suggested that some Google employees sought to use their positions to undermine the performance of certain conservative websites, while not doing anything of the sort against left-leaning sources.

Some Google employees, who were very upset by the victory of Donald Trump in the 2016 election, used the company's resources to rally opposition against the POTUS, The Daily Caller's researcher, Peter Hasson, wrote in his latest book titled "The Manipulators: Facebook, Google, Twitter, and Big Tech’s War on Conservatives", citing obtained documents and communications.

In one part of the book, published by The Daily Caller, Hasson brings up two cases where employees used internal communication channels to reach out to their colleagues to recruit them for anti-Trump actions. Namely, 10 days after Trump was elected, an unnamed Google staffer reportedly called on co-workers to attend an anti-Trump protest in San Francisco using their work emails.

"If your stomach turns when you consider a Trump presidency, I urge you not to let this moment pass quietly", the worker reportedly wrote.

On another occasion, in March 2017, another company employee not only used internal communications to organise a protest, but also reportedly reserved a room at Google’s San Francisco headquarters for them to gather and sign anti-Trump postcards as part of the national movement #TheIdesofTrump. The movement sought to bury the White House in postcards expressing discontent at the fact that Trump won the presidential race.

"I’ll bring the postcards and the stamps. You just bring your woke selves", a second employee reportedly wrote.

At the same time, Hasson claims that staffers with conservative views, such as Trump supporters, were silenced by the efforts of employees with opposing opinions. The researcher brought up an email from the HR department that reportedly revealed the company's reaction to the case of one Google employee supporting conservative Canadian psychologist and media personality Jordan Peterson’s approach to transgender pronouns.

"One Googler raised a concern that you appeared to be promoting and defending Jordan Peterson’s comments about transgender pronouns, and expressed concern that this made them feel unsafe at work. [Other Google employees were] offended by [your] perceived challenge to our diversity program", the email from the HR department reportedly stated – although it's not entirely clear just how the unnamed employee was challenging Google's diversity programme.

This is not the first report indicating that Google staffers might have bias against Trump and conservatives in general. Numerous leaks and revelations by Project Veritas have suggested that the tech giant's employees went as far as to prevent certain conservative media outlets from popping up in Google Now searches on smartphones.

Zachary Vorhies, a senior software engineer at Google, told Veritas in 2019 that the company had a blacklist for such online media outlets and provided numerous materials as well as internal documents allegedly proving the internal bias against conservatism. Both The Wall Street Journal and The Daily Caller reported similar misconduct by Google the same year.

In another leak, published by Project Veritas, alleged internal Google documents showed that the company's "transparency and ethics" team had suggested banning conservative political commentators Jordan Peterson, Ben Shapiro, and Dennis Prager from search results, referring to them as “Nazis”. In addition, the whistleblowing website published a secretly filmed video of Google's head of Responsible Innovation, Jen Gennai, who hinted in a recorded conversation that Google might be interested in influencing the 2020 presidential election to prevent "the next Trump situation".