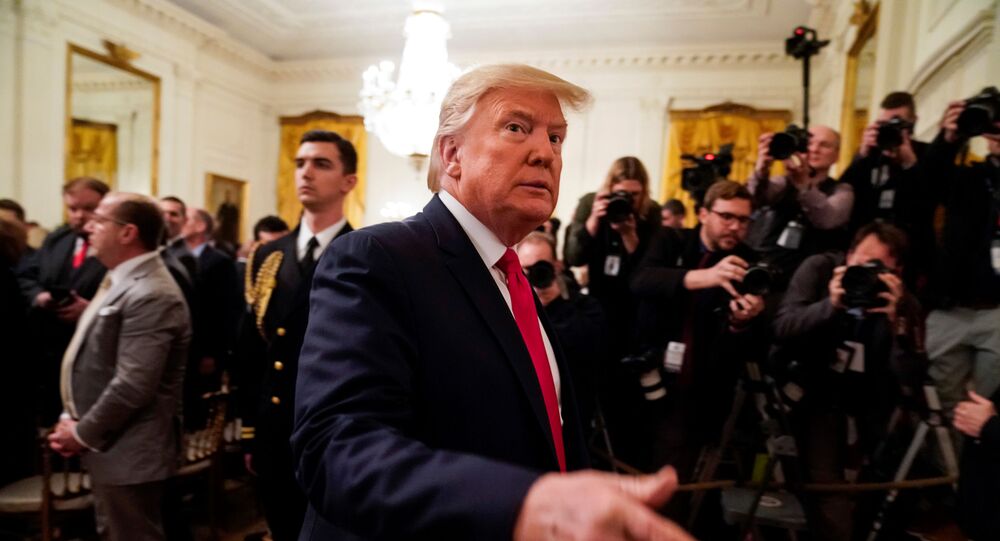 WASHINGTON (Sputnik) - The White House may be withholding up to 24 emails related to US President Donald Trump’s involvement in blocking military aid to Ukraine, media reported Saturday citing a court filing.

According to CNN, a lawyer with the Office of Management and Budget wrote to a court saying that 24 internal emails between June and September last year must be kept confidential as they contain presidential and other top-level decision-making.

The letter was sent to a court that had set a 31 January deadline for the Trump administration to reveal all internal communications surrounding the alleged pressure campaign on Ukraine to ‘dig up dirt’ on Trump’s political rival and Democratic presidential candidate Joe Biden, CNN reported.

The purported emails are said to have direct proof that Trump order to withhold nearly $400 million in military aid to Ukraine to force President Volodymyr Zelenskyy to announce an investigation into Joe Biden and his son Hunter.

The letter was sent hours after Senate voted to block witnesses and further documents from being brought forward in the ongoing impeachment trial of the president, according to the news outlet.

Trump is all but assured to remain in office as the Senate trial appears set to end in his favor following over a week of arguments in the Republican-majority upper house of Congress.

Democrats launched an impeachment inquiry in September after a whistleblower report claimed the Trump adminitration may be in violation of US law in it's machinations to get Kiev to aid in Trump's reelection campaign.