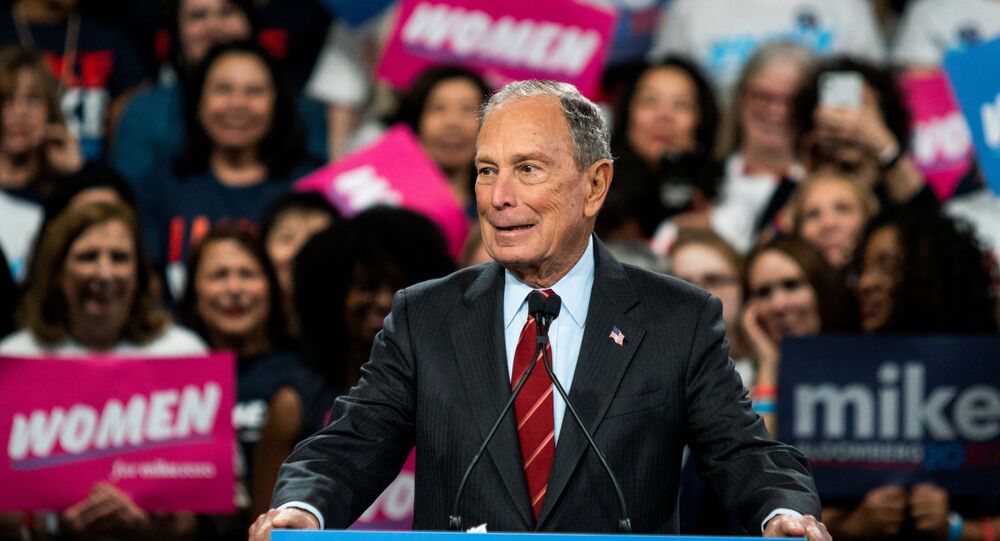 The new rules are set to go into force in the ninth of the 12 Democratic presidential debates, which is scheduled to take place on 19 February in Las Vegas, Nevada.

The new debate rules double the polling threshold and eliminate the individual donor requirement, which could open the path for Bloomberg, the self-funding billionaire, to make his way to the Stage in Las Vegas after next week's debate in New Hampshire.

The DNC’s new rules require candidates to get at least 10% in four polls in the period between 15 January and 18 February, or 12% in two polls in States of Nevada and South California, in order to be qualified for Las Vegas primary debate.

Another way to be qualified for the Las Vegas debate is to earn at least one delegate to the national convention during either the upcoming Iowa caucuses or New Hampshire's primary.

“Now that the grassroots support is actually captured in real voting, the criteria will no longer require a donor threshold. The donor threshold was appropriate for the opening stages of the race, when candidates were building their organizations, and there were no metrics available outside of polling to distinguish those making progress from those who weren’t,” said Adrienne Watson, a DNC spokesperson, according to Politico.

Bloomberg’s participation in previous debates was blocked because he refused to accept donations from other individuals. The billionaire joined the race in late November 2019.

As of now, only three of the 11 Democratic candidates vying for the party's nomination have met the Nevada polling qualifications: former US Vice President Joe Biden, Senator Bernie Sanders (I-VT) and Senator Elizabeth Warren (D-MA), according to Politico.

From Meatballs to Tattoos, Bloomberg Campaign Fun-Tweets During Democratic Debate