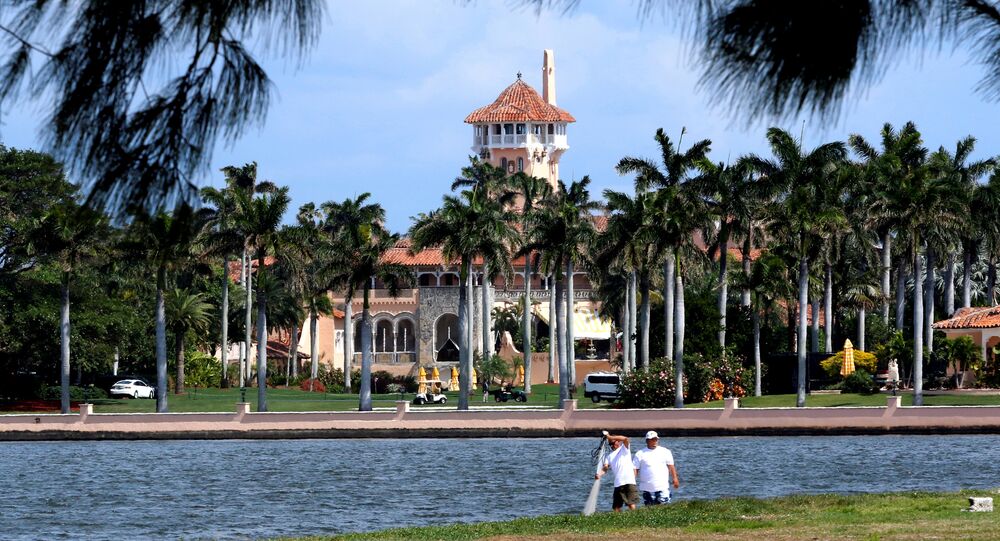 The vehicle reportedly broke through two security checkpoints outside the president's Mar-a-Lago club in Palm Beach.

A pair of female suspects have been taken into custody after attempting to breach the perimeter of President Donald Trump's Florida residence, local media have reported.

In a press statement, the Palm Beach County Sheriff's Office said officers were forced to open fire at the vehicle as it headed toward the main entrance to the estate, breaching two checkpoints, with highway patrol vehicles and a Sheriff's Office helicopter dispatched in pursuit.

There are no reports of any injuries.

The incident was said to have taken place at around 11:40 am EST.

A Secret Service spokesperson told ABC News that the police pursuit began several miles from the resort, when officers were called in a complaint about a woman dancing on top of a parked car in a hotel parking lot. When police arrived, two women were said to have gotten into another vehicle and sped off toward Mar-a-Lago.

The incident led to a beefing up of the police presence outside the compound, with police setting up a checkpoint at the bridge from West Palm Beach to Mar-a-Lago.

President Trump was not at his estate on Friday, but is expected to arrive at his Florida home soon for Superbowl weekend.

The Sheriff's Office is expected to give a more detailed statement on the incident later in the day.

Trump bought his Mar-a-Lago estate in 1985, with the resort turned into a zone with heightened security after the real estate mogul became president. The zone includes restrictions on aircraft flying within a 30 nautical mile radius of the residence, with the Coast Guard guarding the two waterway approaches to the compound. The president has traveled back and forth between Mar-a-Lago and Washington, D.C. during his presidency, describing it as his "Summer White House."

At least three incidents involving an attempt to breach the resort have now taken place over the past year-and-a-half, with US authorities moving to charge a Chinese woman who tried to enter the secure facility in early 2019. Another Chinese woman was arrested for trespassing onto the property in a separate incident.