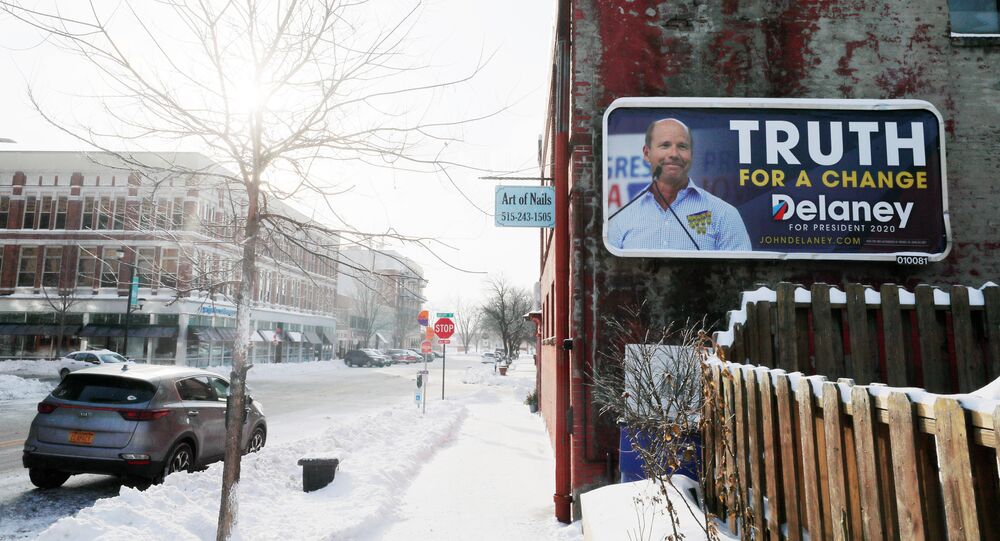 The announcement was made as the clock ticks down to the 2020 US presidential election which will be held on 3 November.

US Democratic presidential candidate John Delaney has announced in an interview with CNN that he is withdrawing from the 2020 race.

“It has been a privilege to campaign for the Democratic nomination for President, but it is clear that God has a different purpose for me at this moment in time”, Delaney, who was the US Representative for Maryland's 6th congressional district from 2013 to 2019, tweeted on Friday.

He added that he leaves the race “with a profound sense of gratitude to the voters who shared with me their hopes and concerns for our magnificent country”.

He stressed that the race “was never about me, but about ideas and doing what’s right for our nation”.

“The unique and data-driven ideas that our campaign generated – on how to create a functional universal health care system, price carbon, advance trade, invest in rural America, cure disease, help workers, launch negative emissions technologies, reform education, and expand national service – are now ideas for the party and I will continue to advocate for them in my next chapter”, Delaney said.

In addition, I encourage the party to sharpen its focus on the growing opportunity inequality that exists in both rural America and struggling urban communities. 10/19

He also urged voters to “fix together” the problem of what Delaney said was the US being a “deeply divided nation”.

According to him, first and foremost, it’s necessary to “beat [US President] Donald Trump and restore decency to the Office of the President”.

Smart public-private partnerships can encourage entrepreneurs to locate in small-town America and struggling inner cities. Never bet against the United States of America. This is a remarkable nation full of wonderful and patriotic people. 12/19

“In many ways, this is all that matters and I am fully committed to supporting our nominee and fulfilling that mission. Step two is to get our government working for the American people again. Step three is to focus on the future and leave the world better than we found it. The Democratic party must respond to this calling”, Delaney noted.

He concluded by urging voters to stop “the nonsense of unrealistic and divisive campaign promises and be the party the American people need – a decent, unifying, future-focused and common-sense party”.

Delaney was the first Democrat to formally declare a bid for the Democratic Party's 2020 presidential nomination. His campaign lasted for more than year.

The 2020 US presidential election is scheduled for 3 November, with 28 candidates currently campaigning for the Democratic nomination.

Impeachment Nonsense: All Democrats Want is to Hurt US, With Only 2020 Election in Mind - Trump