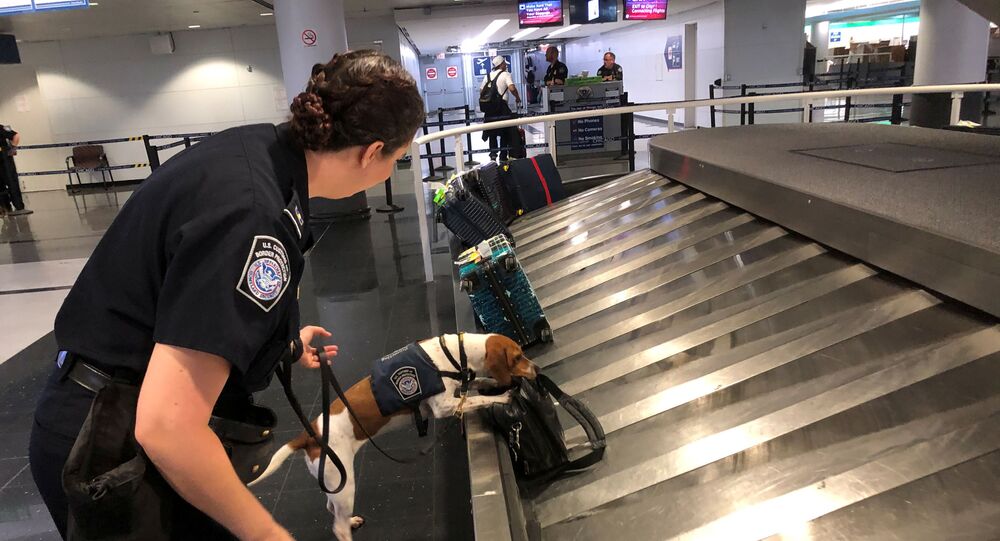 The move comes amid an escalation of tensions between the United States and Iran since the beginning of January in the wake of the killing of top Iranian military commander Qasem Soleimani in a US drone strike in Baghdad and the following retaliatory attacks by Iran on military bases hosting US forces in Iraq.

A one-page internal memo sent to US Customs and Border Protection (CBP) officers at the Seattle field office reportedly directed them to imply special vetting measures for Iranian travelers or "any other nationality that has traveled to Iran or Lebanon,” according to a directive memo published by The Northern Light, a local Washington newspaper.

Remember when CBP said there was no directive? Take a look at this. Profiling people of Iranian, Palestinian and Lebanese origin & ppl of Shia faith. Stay with @GlobalBC as we talk to those impacted by this and with Iran expert and journalist @NegarMortazavi for analysis. pic.twitter.com/AIyt02ng6y

The paper also highlighted another category of people on whom “secondary procedures” were told to be applied.

“Even if they are not of SHIA faith, anyone can state they are Baha'i, please question further to determine this is the case,” the memo reads. “When in doubt send for high side checks.”

CBP did not confirm the authenticity of the content of the memo; instead, the agency said that “officers may refer for additional screening individuals who present a known risk or individuals about whom we need more information to make a determination of risk.”

“CBP has understood Iran and its proxies to be a very capable adversary for some time. Our officers are trained to enforce U.S. laws uniformly and fairly and they do not discriminate based on religion, race, ethnicity or sexual orientation,” CBP added.

US House Rep. Pramila Jayapal addressed the Trump administration in a letter, asking for explanations about the undated CBP memo regarding Iranian travelers.

CBP’s denials of policy directive to detain Iranian-Americans appear to be false. My letter w/⁦@HouseJudiciary⁩, ⁦@OversightDems⁩ & ⁦@HomelandDems⁩ set 2-week timeline for documents. CBP must immediately comply to get to bottom of this. https://t.co/QnutvUDdR0?

“If this report is true, CBP has been caught in a lie. It appears the agency did, in fact, wrongly direct officers to target and detain travelers based on national origin, and interrogate them about their religion and beliefs. There is simply no justification for these CBP practices against travelers who present no security concern,” said Hugh Handeyside, a staff attorney with the American Civil Liberties Union (ACLU), cited by The Hill.

In December 2019, the ACLU filed a lawsuit against CBP over what the former described as a “Tactical Terrorism Response”, which the organization considers discriminatory against US citizens and travelers to the US from the Middle East.