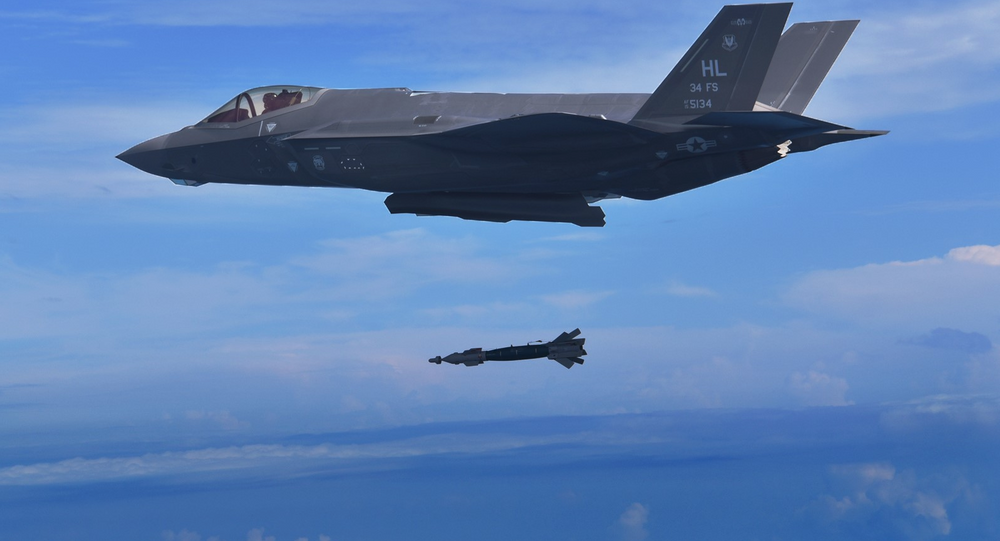 The annual review of the fighter jet found over 800 flaws in the aircraft’s capabilities, with dozens of them having a direct effect on pilot safety and readiness for combat, if not fixed.

The US Department of Defence found hundreds of deficiencies in Lockheed Martin’s F-35 fighter jet in its annual assessment by Pentagon’s test specialists, Bloomberg reported on Thursday.

The Pentagon review, conducted by its director of operational test and evaluation, Robert Behler, pointed out a long list of deficiencies, 13 of which have been labeled as “must-fix”, meaning they are necessary to be fixed due to their direct effect on safety or combat capability.

“Although the program office is working to fix deficiencies, new discoveries are still being made, resulting in only a minor decrease in the overall number,” the assessment reportedly said, adding that there are still “many significant‘’ flaws not yet addressed.

The number of technical deficiencies that have been identified as of November 2019 was 873. Though the number of flaws is less than the 917 found in the previous annual review, it still raises questions about the reliability and availability of the aircraft and its maintenance systems.

The list of F-35 weaknesses included serious problems such as “unacceptable” accuracy in its 25mm gun, that apparently does not shoot straight, unresolved cybersecurity “vulnerabilities”, reliability, aircraft availability and maintenance systems.

Despite the huge amount of unresolved deficiencies and the incomplete testing of the F-35 fighter jet, the US Congress continues to accelerate purchases of the aircraft. Congress reportedly added 11 to the Defence Department’s request in 2016 and in 2017, 20 in fiscal 2018, 15 in 2019 and 20 this year.

By late September 2019, almost 500 jets were delivered to customers worldwide and all will need extensive retrofitting following the findings.

“Although we have not seen the report, the F-35 continues to mature and is the most lethal, survivable and connected fighter in the world,” Brett Ashworth, a spokesperson for Lockheed, said, according to the news outlet.  “Reliability continues to improve, with the global fleet averaging greater than 65% mission capable rates and operational units consistently performing near 75%.”