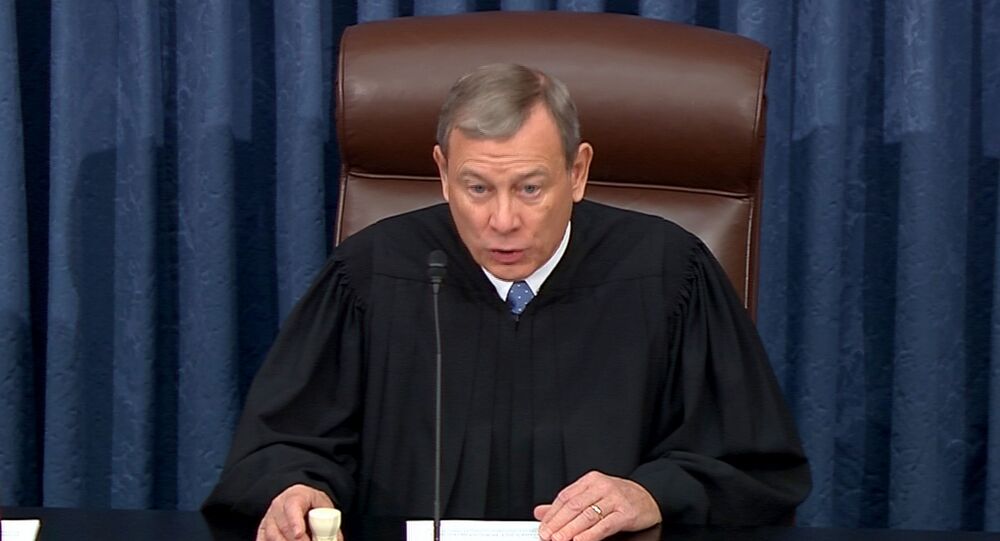 A whistleblower remains at the epicenter of the ongoing impeachment trial against President Donald Trump on Capitol Hill. The Dem-controlled House of Representatives launched a probe in 2019 based on a whistleblower's complaint that Trump allegedly had a quid-pro-quo with Ukrainian President Volodymyr Zelensky in a bid to find dirt on the Bidens.

During Thursday's question-and-answer session in the Senate impeachment trial, Republican Senator Rond Paul directed a question about the mysterious whistleblower to Supreme Court Chief Justice John Roberts, who was responsible for reading all of the questions aloud. Roberts did not follow the procedure and simply put the papers, including Paul's question, aside.

"The presiding officer declines to read the question as submitted”, Roberts said, cited by The Hill.

After the session, Paul told reporters that the decision to ignore the question was an "incorrect finding".

"I think this is an important question, one that deserves to be asked. It makes no reference to anybody who may or may not be a whistleblower", Paul said, cited by the Hill.

Paul eventually voiced his inquiry, which named both a staff member for House Intelligence Committee Chairman Adam Schiff and an individual who has been reported in the media as the possible whistleblower, asking about their contacts, according to The Hill.

Paul reportedly struggled with whether to challenge Robert's move on refusing the question about the whistleblower, the media report said, adding that the GOP Senator expects another lengthy trial session on Friday and this made him skip his protesting efforts on Thursday.

According to The Hill, fellow GOP lawmakers, however, did not echo Paul's bid to dox credentials of the central figure in the impeachment trial against the US president.

The narrative of the Democratic-led impeachment is based on the whistleblower's claim that Trump, during a phone conversation with Zelensky in July 2019, allegedly pushed the Ukrainian president to investigate the business of the Bidens in Ukraine, thus trying to unfairly challenge his main political rival - former US Vice President Joe Biden - during the upcoming presidential election this year.

© REUTERS / MARY F. CALVERT
Trump Legal Team Says Not Concerned About Bolton Possibly Testifying in Impeachment Trial
Biden admitted earlier that as Vice President he threatened to withhold about $1 billion in US military aid to Ukraine unless the nation dismissed a prosecutor general who was investigating reported corruption in the energy company Burisma - that had employed his son Hunter Biden.

Trump has denied any wrongdoing and has repeatedly said the impeachment is a hoax intending to remove him from office in order to reverse the results of the 2016 presidential election.

After lengthy hearings in the Dem-controlled US House with a number of witnesses - though Joe Biden, Hunter Biden, and the mysterious whistleblower were never summoned - US lawmakers on 18 December impeached Trump on charges of abuse of power and obstruction of Congress, claiming that Trump demanded Kiev probe his political rival.

The House of Representatives managers are reportedly expected to finish their sessions on Friday and initiate a vote on whether to summon witnesses for the trial in the Senate.