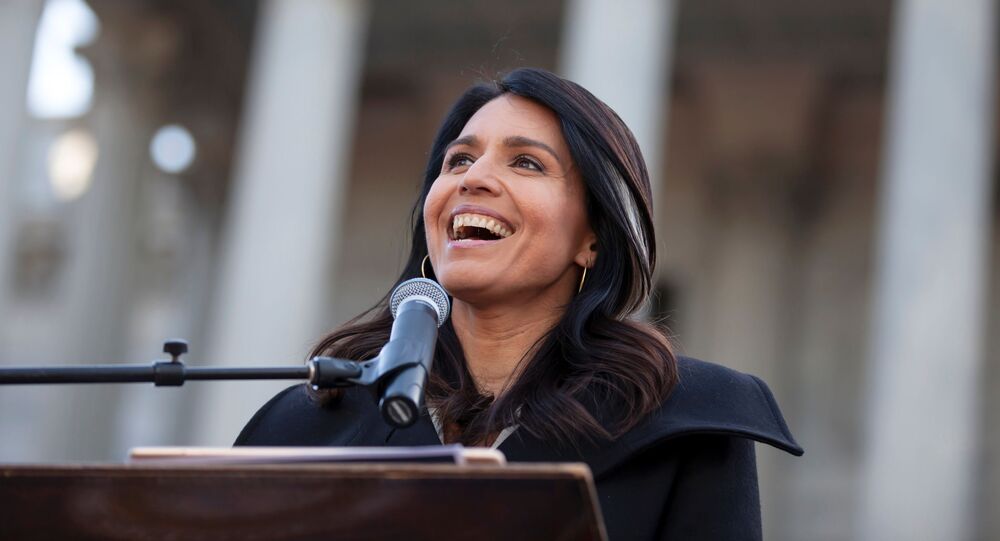 The Hawaii congresswoman and 2020 Democratic presidential candidate filed a defamation lawsuit against former First Lady Hillary Clinton last week, in response to an interview in which Clinton accused Gabbard of being an asset of Moscow.

Speaking to the New York Post, Dunn explained that a process server hired by his office attempted to deliver the paperwork to Clinton’s Chappaqua, New York Home on Tuesday, only to be shooed away by Secret Service. Then, appealing directly to David Kendall, Clinton’s lawyer, in Washington, D.C., the server was told that Kendall could not accept the paperwork on Mrs. Clinton’s behalf.

“I find it rather unbelievable that Hillary Clinton is so intimidated by Tulsi Gabbard that she won’t accept service process. But I guess here we are,” Dunn said. According to the lawyer, his legal team is now considering its next steps to try to get the paperwork to Clinton.

Gabbard slapped Clinton with a $50 million defamation lawsuit last week over the former first lady’s October 2019 comments in a podcast during which she accused the Hawaii congresswoman and former Green Party candidate Jill Stein of being “Russian assets.” The congresswoman’s lawyers initially demanded the former first lady retract her comments, but Clinton refused, after which Gabbard chose to move forward with the suit.

In an explanatory note released last week, Gabbard said she filed the lawsuit because she did not want “this blatant effort to intimidate me or other patriotic Americans into silence [to] go unchallenged.” Recounting her service as an active duty member of the US Army National Guard with two deployments in the Middle East and her work as a congresswoman, Gabbard argued that “if Hillary Clinton and her allies can successfully destroy my reputation – even though I’m a war veteran and a sitting member of Congress – then they can do it to anybody.”

An initial pretrial conference court date has been set for March 6, 2020 at the Thurgood Marshall Courthouse in Manhattan, with the counsel of the two parties required to attend.

Clinton’s allegations about Gabbard and Stein "totally" being "Russian assets" in a podcast last year sparked a firestorm of criticism, with Gabbard calling the former senator a disgraced and corrupt “queen of warmongers,” while Stein urged the former first lady to spend more time reflecting on why she lost in 2016. President Donald Trump joined the row, tweeting that “Crooked Hillary” was “at it again” with her unsubstantiated allegations, and stuck up for Gabbard and Stein.