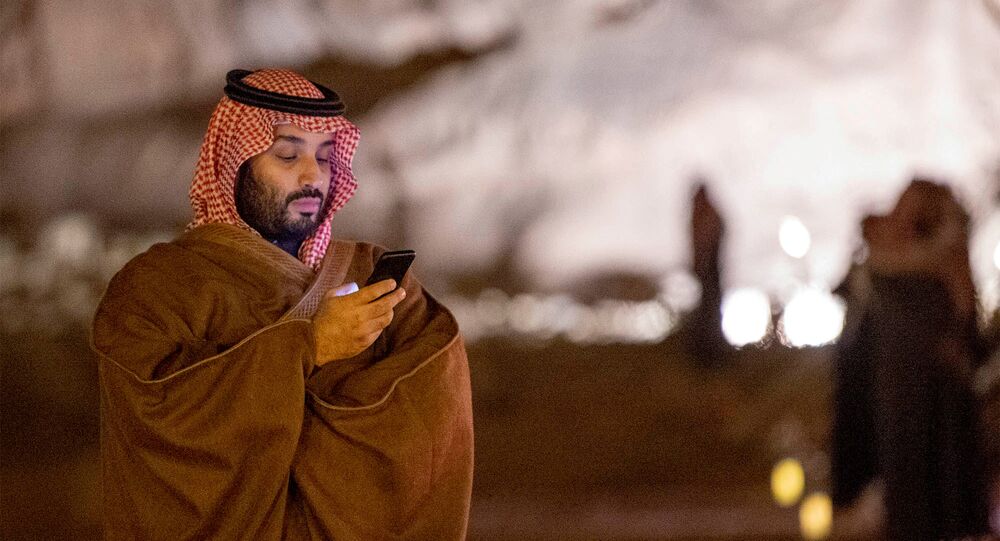 Democratic Senator Chris Murphy, a member of the Senate Foreign Relations Committee, in a letter on Wednesday asked the Federal Bureau of Investigation (FBI) and the office of the Director of National Intelligence (DNI) to probe the matter, according to The Hill.

Murphy reportedly asked that the agencies brief the US Congress on “all preliminary and final conclusions” involved in a potential investigation into the hack of Bezos’ phone.

Kushner reportedly communicated with bin Salman via WhatsApp in 2018.

The alleged hack via the Whatsapp messaging tool, according to Guardian sources, happened five months before Saudi agents killed Washington Post columnist and Saudi critic Jamal Khashoggi in October 2018. Bezos, currently reported to be the world’s wealthiest person, owns The Washington Post and has led vigils in memory of Khashoggi, often criticizing the kingdom.

© AP Photo / Ted S. Warren
Saudi Arabia Denies Hacking Jeff Bezos’s Phone Through Chat With Crown Prince
Bin Salman and Bezos met in early 2018, as the Crown Prince conducted a US tour characterized as a charm offensive to attract investment to Saudi Arabia ahead of a much-anticipated IPO for the state-run oil company Aramco.

In early 2019, Bezos made known that the National Enquirer - a US tabloid - had obtained intimate messages and nude photos which it threatened to release. It remains unknown how the Enquirer obtained the purported material, which has not been made public.