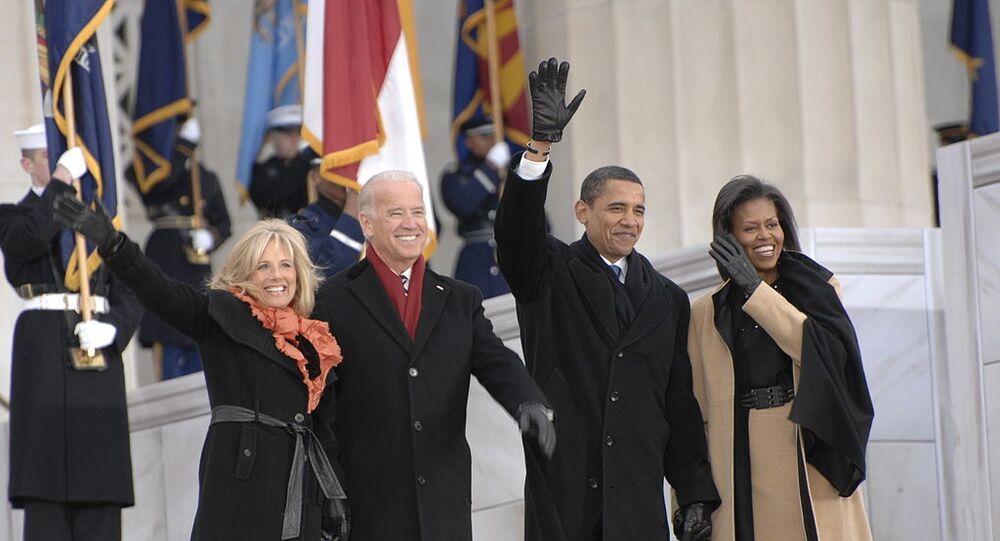 Democratic presidential hopeful and former Vice President Joe Biden has again suggested that the Obamas would be given important jobs in his administration should he win the 2020 Presidential election.

Speaking at a campaign town hall in Iowa on Wednesday, Biden made a positive answer when asked if he would consider appointing Obama to the Supreme Court if he was elected as the new US President.

“Yeah, I would, but I don’t think he’d do it. He’d be a great Supreme Court justice”, Biden said.

He went on by outlining plans on the former first lady, saying that he would like “Michelle to be the vice president”.

The statement was the latest in a series of such remarks that have been made by Biden over the past five months.

Appearing on The Late Show with Stephen Colbert in September 2019, Biden jokingly said that he had already floated the idea of asking Michelle Obama to be his running mate.

In December, the ex-Vice President told an Iowa campaign rally that he would appoint Barack Obama to the Supreme Court, if the former POTUS “would take it.”

Barack Obama, for his part, reportedly remains sceptical about Biden’s chances to win the 2020 election, with Politico citing him as saying that the former Vice President doesn’t have the same “intimate bond” with the Iowan electorate as Obama had.

Biden Behind Sanders in Poll

Biden is currently in third place in Iowa polling at an average of 17%, lagging behind other Democratic presidential candidates, including Bernie Sanders (25%) and Pete Buttigieg (18%), according to a new New York Times/Siena College survey.

The former Vice President is now at the heart of the Democratic Party’s effort to impeach President Donald Trump.

POTUS is accused of abusing his office by attempting to “pressure” Ukrainian President Volodymyr Zelensky into restarting a probe into the alleged corrupt activities of Biden’s son Hunter in Ukraine. Trump calls the accusations a “hoax” and a political witch hunt aimed at reversing the results of the 2016 US presidential election.