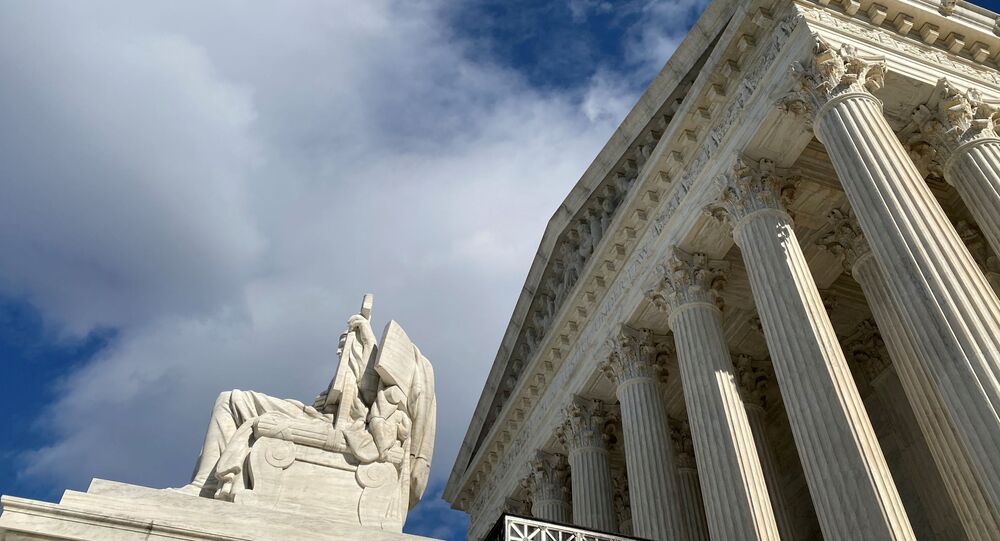 WASHINGTON (Sputnik) - The Trump administration announced earlier that immigrants may be denied permanent residence status in the United States if they use food assistance, housing vouchers and other welfare benefits over a threshold referred to as a "public charge".

The US Supreme Court has voted to allow the Trump administration to implement a policy that denies US permanent residence status to immigrants who are considered likely to rely on federal welfare programs, court documents revealed on Monday.

The Supreme Court voted 5-4 to reject a lower-court ruling that blocked the administration from implementing the policy that is designed to restrict legal immigration to the United States.

The US Department of Homeland Security (DHS) said earlier that receiving excessive public aid would be regarded as a "heavily weighed negative factor" when making a decision about granting permanent residence. The benefits mentioned in the regulation include income maintenance and social housing programs, Medicaid and food stamps, among others.

The new policy prompted a backlash from Trump's opposition. In particular, the American Civil Liberties Union (ACLU) called the move a crackdown on poor people while US Congressmen Eliot Engel said that US administration targets immigrant families.

Some legal experts have, however, suggested that the Trump administration’s decision to deny permanent residence to applicants who rely heavily on welfare programs will not lead to a serious reduction of immigration as other factors reduced it already significantly.