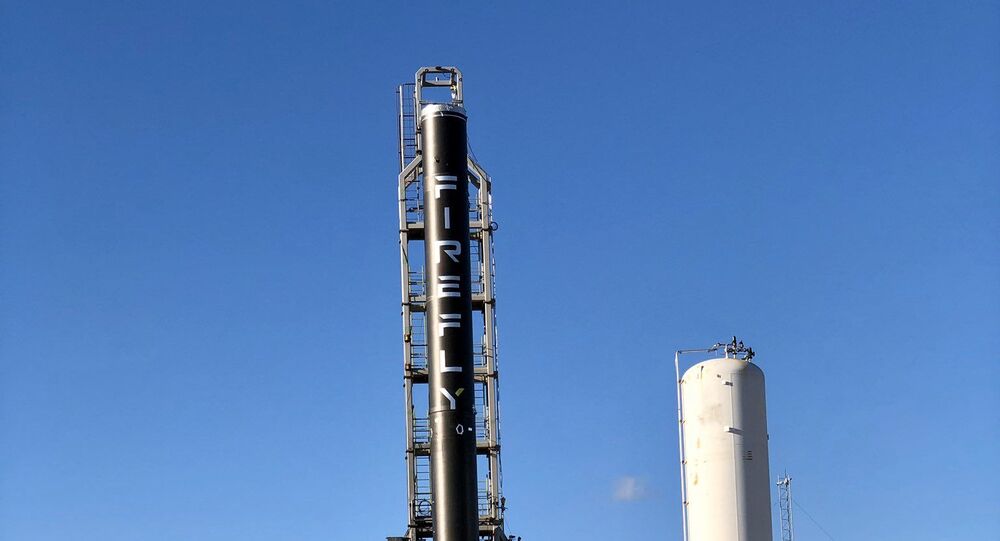 The company released the video of the incident on Twitter, noting that it had started an investigation of what might have caused the failure.

The rocket engine erupted in flames during a "hot-fire" test of Firefly's Alpha rocket, a booster designed for small satellite launches, on the proving grounds in Briggs, Texas. In the video, the fire is clearly visible on the left side, emerging from the engine at the moment of launch.

Yesterday evening we attempted to hotfire test the Alpha first stage for the first time. Unfortunately, after the four Reaver engines ignited, an engine bay fire developed (flame jet to the left in video). The system immediately shut itself down and the fire was quickly pic.twitter.com/YGYcEshrd9

"At 6:23 pm local time, the stage's engines were fired, and a fire broke out in the engine bay at the base of the rocket's stage," Firefly representatives wrote in a statement. "The 5-second test was immediately aborted and the test facility’s fire suppression system extinguished the fire."

No Firefly employee or members of the public were injured by the fire, according to the company’s statement. Both the Alpha rocket stage and the test stand also remain intact. The company also published photos of the aftermath of the unfortunate event.

extinguished by automatic ground fire suppression systems. We are carefully reviewing data, inspecting hardware (photo from today) and performing root cause analysis to assess and mitigate the cause of the anomaly before we return to testing. pic.twitter.com/XGYtgTfmww

We’re getting the first look at the @Firefly_Space Alpha rocket test stand where a kerosene leak caused a fire during testing last night — you can see the damage is minimal @KVUE pic.twitter.com/mKct9xgVpz

"Firefly is coordinating closely with local authorities and emergency response personnel as it investigates the anomaly and refines its contingency procedures," Firefly representatives said.

Firefly is developing the Alpha rocket powered by Reaver engines to launch payloads, including satellites, of up to 1,000 kilograms to low Earth orbit. The 29 meters tall Alpha will launch from a Firefly pad at Vandenberg Air Force Base in California. The company is also working on the design of the Beta rocket, aiming to deliver up to 4,400 kg to low Earth orbit. Firefly was aiming for a debut launch of the Alpha booster by April, with a second flight to follow in June, however these plans most likely will be postponed due to the ongoing investigation.

"The cause of the anomaly is under investigation. Firefly engineers are reviewing test data from the stage to identify potential causes for the test failure, and Firefly will share results of that investigation once it is complete," the company has said.