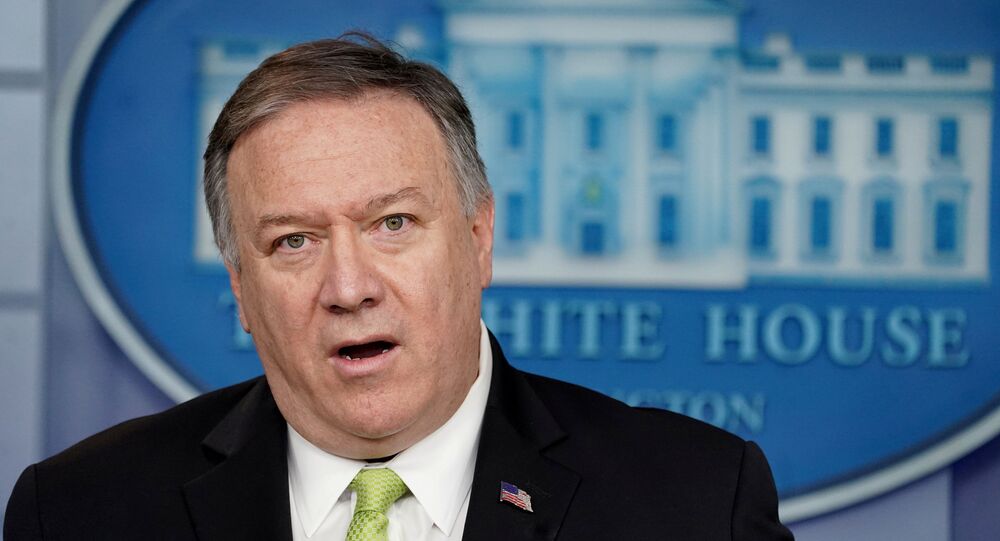 Following an interview with veteran National Public Radio (NPR) reporter Mary Louise Kelly on Friday, in which Mike Pompeo refused to say whether he owed former US envoy to Ukraine Marie Yovanovitch an apology, the US secretary of state lashed out at the journalist for allegedly deceiving him.

NPR Senior Vice President for News Nancy Barnes and the network’s President and CEO John Lansing issued statements throwing their support behind Mary Louise Kelly after the journalist’s contentious interview with Mike Pompeo and his later statement in which he accused her of “lying” twice.

Without giving evidence, @SecPompeo accused @NPRKelly of lying to him — "twice."

On Saturday, US Secretary of State Mike Pompeo accused the host of NPR’s “All Things Considered” of lying to him, following their Friday interview, where the US top diplomat was asked a question about Ukraine that, according to him, had not been agreed upon.

“NPR reporter Mary Louise Kelly lied to me, twice. First, last month, in setting up our interview and, then again yesterday, in agreeing to have our post-interview conversation off the record. It is shameful that this reporter chose to violate the basic rules of journalism and decency”, Pompeo said in a comment published by the State Department.

The diplomat also added that Kelly’s alleged behaviour illustrated why American people do not trust the media.

“This is another example of how unhinged the media has become in its quest to hurt President Trump and this Administration”, Pompeo said.

Kelly told NPR that following the interview, she was invited to Pompeo’s private living room, where he lashed out at the journalist and reportedly inquired in a loud voice whether Americans even care about Ukraine. According to the reporter, she was also asked by Pompeo to point out Ukraine on a map with no identification, something she said she was able to do. However, Pompeo’s statement apparently suggested that the journalist had confused Ukraine with Bangladesh during their private conversation.

“It is worth noting that Bangladesh is NOT Ukraine”, Pompeo said in his statement.

During the recorded conversation with Kelly, the diplomat refused to say whether he owed an apology to US Ambassador to Ukraine Marie Yovanovitch, a key witness in Donald Trump's impeachment inquiry who was recently alleged to have been subjected to surveillance while working in Kiev.

© AP Photo / Alex Brandon
Pompeo Confirms He ‘Was on the Phone Call’ Between US and Ukraine Presidents
The interview was cut short after the journalist’s question on Ukraine.

It was reported following the release of the documents by House Democrats that former US Ambassador to Ukraine Marie Yovanovitch, who was abruptly recalled from her post back in May 2019, may have been under surveillance prior to her return to Washington, with Mike Pompeo pledging to look into the claims.