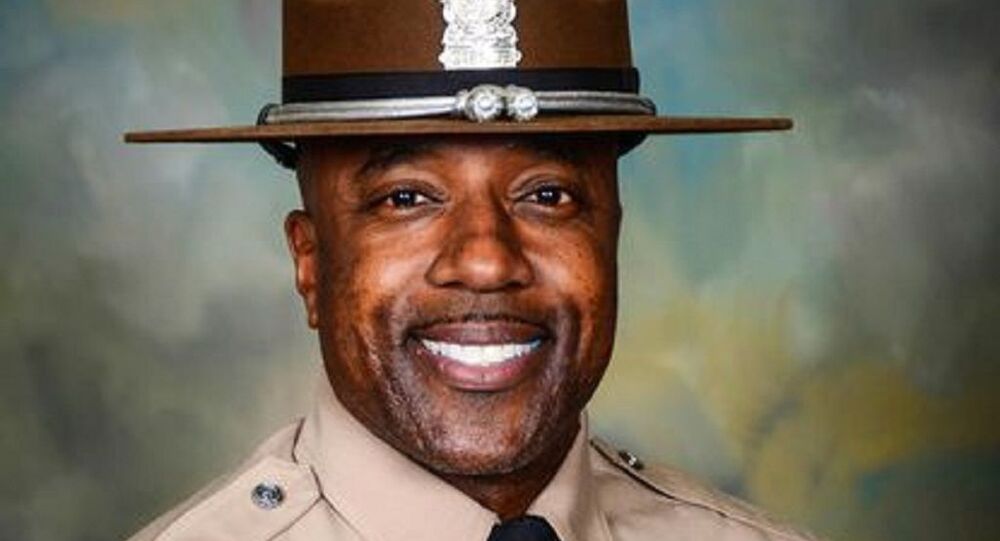 The woman started shooting “without apparent provocation” at Humidor Cigar Lounge in Lisle, west of Chicago, according to the Lisle Police Department’s press release.

The suspect was seated behind the officers, according to the footage, then she stood up and shot one of the troopers in the back of the head, the department said. The video then shows the suspect firing several more shots at the other troopers, before turning the gun on herself. The suspect was identified as 51-year-old Lisa V. McMullan. She was pronounced dead at the scene.

Rieves died from his injuries at a hospital. Graham and Bullock were seriously injured in the shooting and are hospitalized in stable condition, they are expected to recover, Kelly said. Rieves had been with the Illinois State Police for over 20 years and retired about a year ago.

Police said McMullan and the three troopers knew each other and that Rieves and McMullan were known to frequent the Humidor at the same time, but the extent of their relationship is still under investigation, the Chicago Sun-Times reported. The incident remains under investigation by Lisle police, the DuPage MERIT Major Crimes Task Force and the DuPage County coroner’s and state’s attorney’s offices.

At Least One Killed, Five More Injured in Seattle Shooting, Suspect on the Loose - Police

One Killed, Two More Wounded in Shooting in Chicago