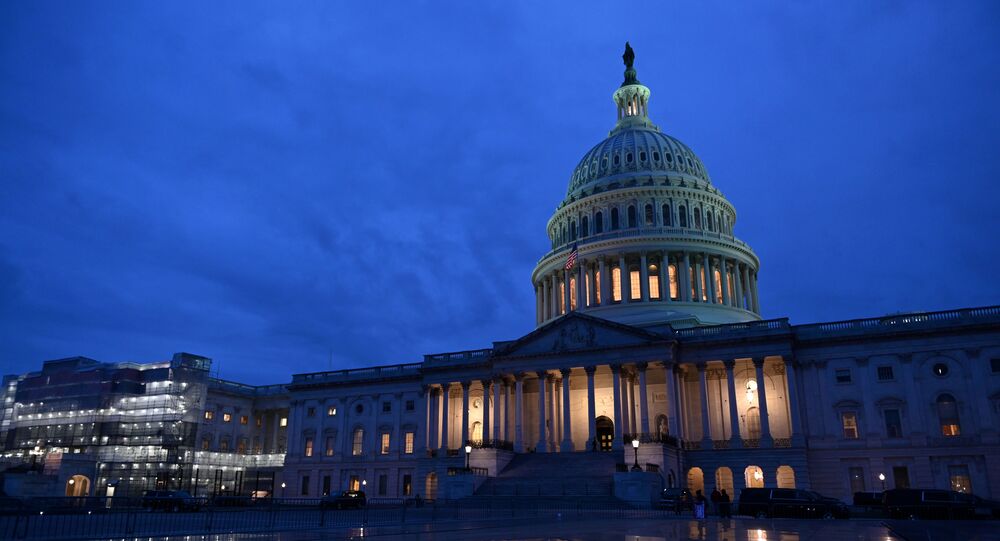 On 18 December, Democrats in the House of Representatives impeached US President Donald Trump on charges of abuse of power and obstruction of Congress. The Democrats claim that Trump pressured Ukraine to investigate his political rival, former Vice President Joe Biden, by leveraging congressionally approved military assistance to Kiev.

US House of Representatives prosecutors are beginning day four of the opening arguments in the Trump impeachment trial in the Senate on 25 January.

Both the Democrats and Republicans are given 24 hours each in total over three days to deliver their opening arguments.

The US Constitution requires a two-thirds majority - 67 votes - in the Senate to convict and remove from office an impeached president. If Trump is found guilty, he would be removed from office and Vice President Mike Pence would be sworn-in.

Trump has repeatedly said that he has broken no laws and characterised the impeachment as a hoax and a political witch hunt by Democrats to reverse the results of the 2016 presidential election.