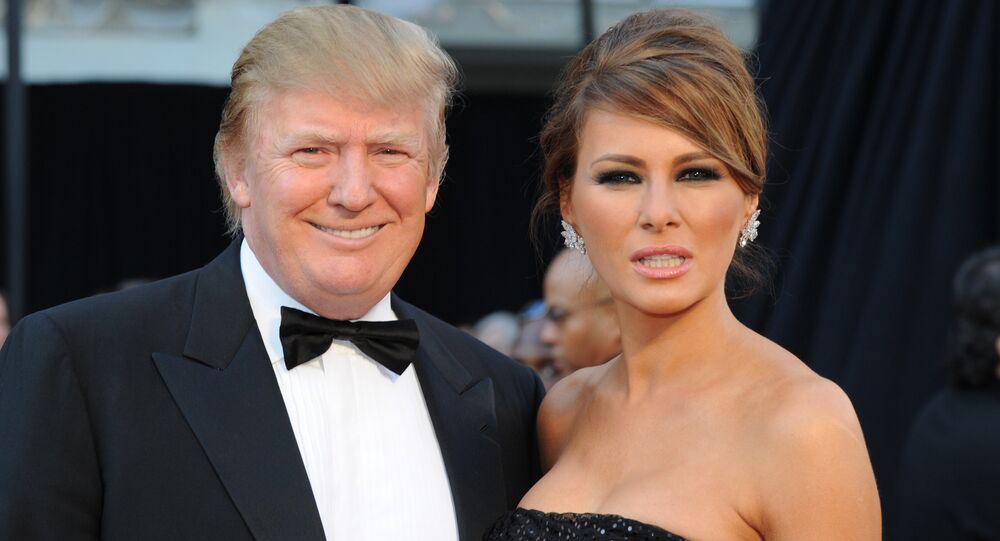 The White House’s Instagram post was to mark the 15th wedding anniversary of America’s first couple, sparking a chain reaction on social media.

The pic shows Melania Trump looking elegant in a floor-length gown and smiling, as she danced with the tuxedo-clad President to music played by a band seen in the background.

Fifteen years ago today Donald Trump married Melania Knauss in a church ceremony, followed by a lavish reception at Mar-a-Lago. To mark the occasion, Anna Wintour put Melania on the cover of Vogue. *FWIW, the 15-year gift is crystal. pic.twitter.com/3EN1PkxcX5

​Outlets across the country likewise extended anniversary greetings to the couple on social media.

​Fans on social media also chipped in, with the President’s supporters quick to show their support.

Happy Anniversary @FLOTUS @MELANIATRUMP from everyone here at the Melania Trump fanpage™️ pic.twitter.com/nqzZqQvbXJ

Today is Trump and Melania’s 15th wedding Anniversary!! What did they get each other? pic.twitter.com/AH7PFUWOkC

I remember the wedding. She was beautiful and still is. And she a nice person. We don’t need to hate

​Donald Trump’s detractors, however, were not to pass up an opportunity to take a jab at the first couple.

Since their marriage or since he mail-ordered her

Wait, doesn’t the clock reset after every affair? So, it’s only their 3rd anniversary. Get it right

She’s just waiting for him to keel over ! pic.twitter.com/8XQexXaBu0

Born Melanija Knavs, later Germanised to Melania Knauss, the Slovenian model had moved to the United States to pursue her career and was attending a party during New York Fashion Week that Donald Trump happened to attend as well.

Referring to their first encounter, Melania said she felt an immediate connection.

"It was great chemistry and energy. We had a great time… We started to talk and something was there right away," she said on CNN in 2005.

Melania Knauss and Donald Trump became engaged in 2004 and tied the knot in January, 2005 at a church in Palm Beach, Florida, followed by a lavish reception at the future president's Mar-a-Lago estate. Melania wore a $100,000 Christian Dior dress fitted with 1,500 crystals and was featured on the cover of Vogue.

The couple hosted 350 guests at Donald Trump’s Mar-a-Lago Resort, including Bill and Hillary Clinton and a host of celebrities, such as Billy Joel and Barbara Walters.

Dubbed a mystery and an enigma, Melania Trump projects the image of one of the quietest First Ladies the country has seen, contrasting starkly with Donald Trump, who loves the spotlight.

While some might wonder how these two seemingly dissimilar personalities are compatible, they nonetheless continue to make their marriage work.