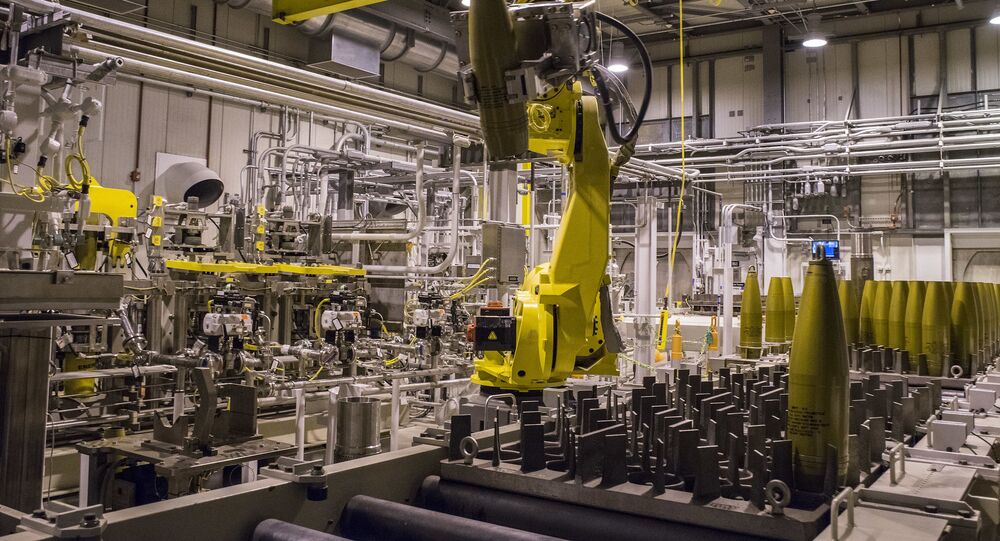 Officials at a US Army depot in Kentucky tasked with destroying the nation’s chemical weapons stockpile announced Tuesday they have recently begun focusing on munitions containing the deadly nerve agent sarin, destroying the materials through an automated two-step process.

“This is another major milestone toward eliminating the total chemical weapons stockpile in Kentucky,” Candace Coyle, a site project manager for the Blue Grass Army Depot’s Chemical Agent-Destruction Pilot Plant, told Kentucky-based outlet the Lexington Herald-Leader on Tuesday. “With each munition destroyed, we are making Madison and surrounding counties a safer place to live.”

The Blue Grass Army Depot in Kentucky’s Madison County initially housed a 523.4-ton cache of chemical weapons that consisted of 155-millimeter artillery shells containing mustard gas (or H mustard) and VX nerve agent, 8-inch sarin projectiles and M55 rockets with sarin and VX warheads, according to the outlet. Over 101,000 munitions are said to make up the remaining chemical weapons cache.

Initial efforts to destroy the chemical weapons stockpile began in June 2019 with the destruction of mustard gas projectiles and as of January 22, 2020, approximately 15.8 tons of chemical agents have been destroyed, according to the plant’s website.

Last week, employees began the full-scale destruction of the sarin munitions, according to the Blue Grass Chemical Agent-Destruction Pilot Plant’s site on Tuesday.

Neutralization, as summarized by the website, involves the separation and draining of the agent from its explosive component. It is then neutralized in a vigorous mix of hot water and sodium hydroxide, a highly caustic substance often used in heavy-duty cleaning. The product of the mixture, dubbed hydrolysate, is tested to ensure the chemical agent has been destroyed before the next step proceeds.

After the substance is confirmed to be chemical agent-free, it is transferred to the SCWO units to have its organic materials destroyed. “SCWO will subject the hydrolysate to very high temperatures and pressures, breaking them down into carbon dioxide, water and salts,” the website details.

The metal scraps from the munitions are ultimately recycled after they have first been heated to over 1,000 degrees Fahrenheit for at least 15 minutes to ensure “thermal decontamination.”

Despite the US’ signing of the Chemical Weapons Convention - which prohibits the large-scale production, development, use and stockpiling of chemical weapons - in the 1990s, the country was unable to meet its 2012 destruction deadline and drew skepticism both at home and abroad about its efforts to adhere to the treaty.

"I must say, this is a day I wasn't quite sure we were going to see at various points," Senate Majority Leader Mitch McConnell (R-KY) said during a ceremony at the Blue Grass Army Depot back in May 2019. "Now, after many years, the safety we worked so hard for is finally in sight."

The entire chemical weapons stockpile at the Blue Grass Army Depot is expected to be completely destroyed by 2023.