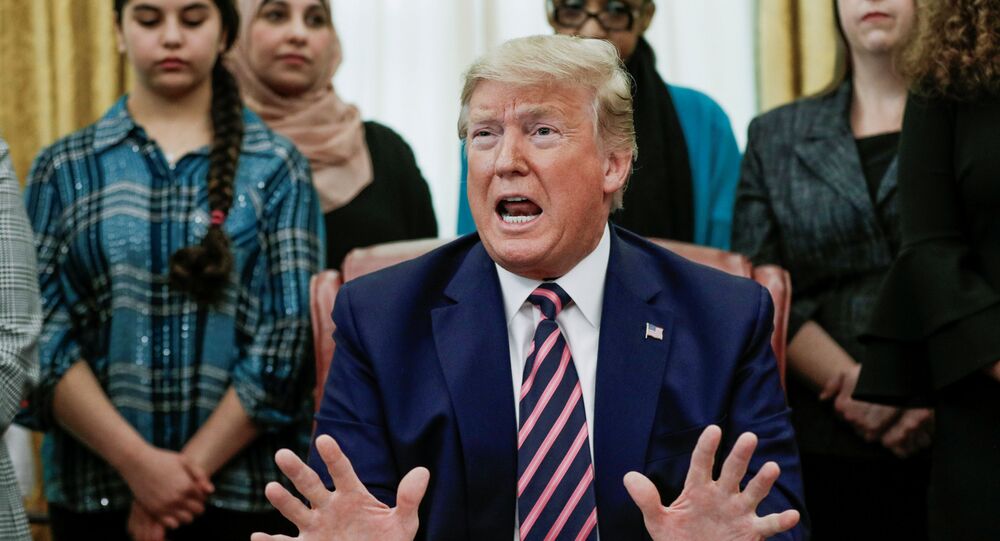 MOSCOW (Sputnik) - Speaking at Davos on Wednesday, US President Donald Trump said he would extend the travel ban but declined to specify which countries would be added, saying that the announcement would come "shortly."

"Yes [we will extend the ban]," Trump told a press conference in Davos, when asked about a possible extension.

"Our country has to be safe, so we have a very strong travel ban and we'll be adding a few countries to it," the US president added.

According to the newspaper, the initiative, still under consideration, would not necessarily place blanket bans on travel to the United States for all of these countries, but rather impose restrictions on specific visa types.

The add-on to the travel ban list reportedly includes Belarus, Eritrea, Kyrgyzstan, Myanmar, Nigeria, Sudan and Tanzania. Currently, restrictions on travel to the United States are in place for citizens of Iran, Libya, Somalia, Syria and Yemen, along with Venezuela and North Korea.