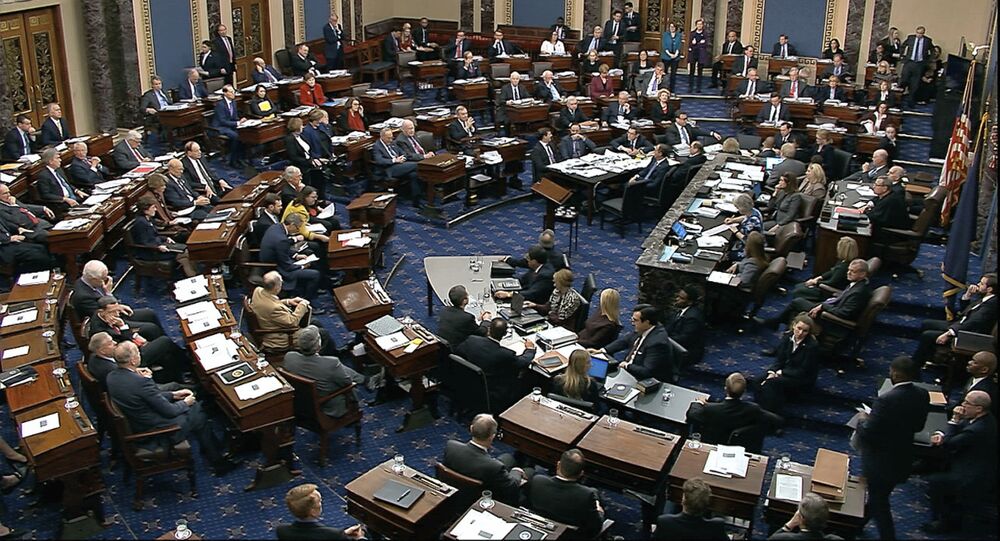 The vote wraps up Day 1 of the Senate hearings on Donald Turmp's impeachment, which were set to establish the rules that would govern the trial. It comes after the Republicans thwarted a series of Democratic motions seeking to bring additional witnesses and documents into the process.

The US Senate has approved a resolution outlining the ground rules for Donald Trump's impeachment trial, which blocks Democrats' attempts to subpoena more witnesses and documents.

It allows the House 'managers', who are acting as prosecutors, to present their opening arguments later on Wednesday and delays a debate over whether to call witnesses until the middle of the trial. This is when some Republic senators indicated they could change their mind and hear additional testimony.

The Republicans agreed to soften their previous plans to cram the 24 hours of opening arguments for each side in just two days. Instead, those 24 hours will be spread over three days. However, the resolution means that the trial will be held largely on the Republicans' terms.

The vote wrapped up a day of unruprisingly bitter debate on the Senate floor, which saw the Republican majority block Democratic amendments to the resolution over and over again. Those amendments sought to allow senators to subpoena documents and witnesses that the White House had refused to provide to the House investigators.

House Democrats impeached Donald Trump last month on two counts: abuse of power, relating to his decision to hold back military aid to Ukraine after he requested an investigation into his potential 2020 rival Joe Biden, and obstruction of Congress, relating to the White House's refusal to cooperate with the Democrat-led investigation.