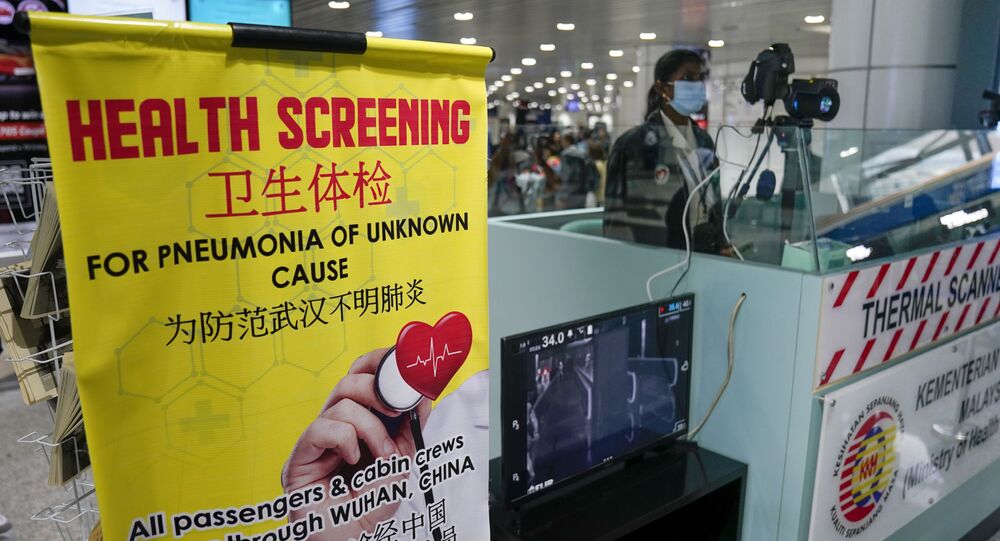 Multiple countries have issued precautionary guidelines to try to prevent the spread of a new deadly virus, known as the 'Wuhan coronavirus', which has left six people dead in China and 227 more in hospital under medical supervision. Cases have already been reported in close to half a dozen other countries.

The Centers for Disease Control and Prevention has confirmed that the first US case of Wuhan coronavirus has been diagnosed.

A CDC spokesperson told Reuters that the diagnosis was made in Seattle, Washington on the US Pacific coast. The unidentified infected individual was described as a traveler from China.

Wuhan coronavirus, also known as Novel coronavirus, and denoted as 2019-nCoV by the World Health Organization, was first reported in China in late 2019, and has since spread to other Chinese cities, as well as Thailand, Japan, South Korea and the island of Taiwan.

The new virus belongs to the same family of coronaviruses as Severe Acute Respiratory Syndrome (SARS), which killed nearly 800 people worldwide during a 2002-2003 outbreak, which also began in China.

It has claimed six lives in Wuhan, with 258 confirmed cases confirmed in its place of origin. 51 patients remain in serious condition, and 12 are in critical condition in that Chinese city.

Beijing sounded the alarm on the new virus on New Year's Eve, when dozens of residents of Wuhan were hospitalized with what was then believed to be an a atypical form of pneumonia. The first Chinese victim of 2019-nCoV was reported on January 11.

Multiple countries have issued travel advisories in a bid to stop the virus's spread, and travelers have been advised to follow good hygiene practices, avoid contact with sick individuals, wash their hands regularly and avoid traveling to farms and animal markets.

The CDC began screening for Wuhan coronavirus last Friday, saying the screenings would affect travelers from Wuhan at the airports of San Francisco, New York and Los Angeles.

The World Health Organization called an emergency meeting to discuss the new virus on Monday. Also Monday, Chinese President Xi Jinping addressed the health emergency, stressing that resolute measures should be taken to ensure that the virus is contained.