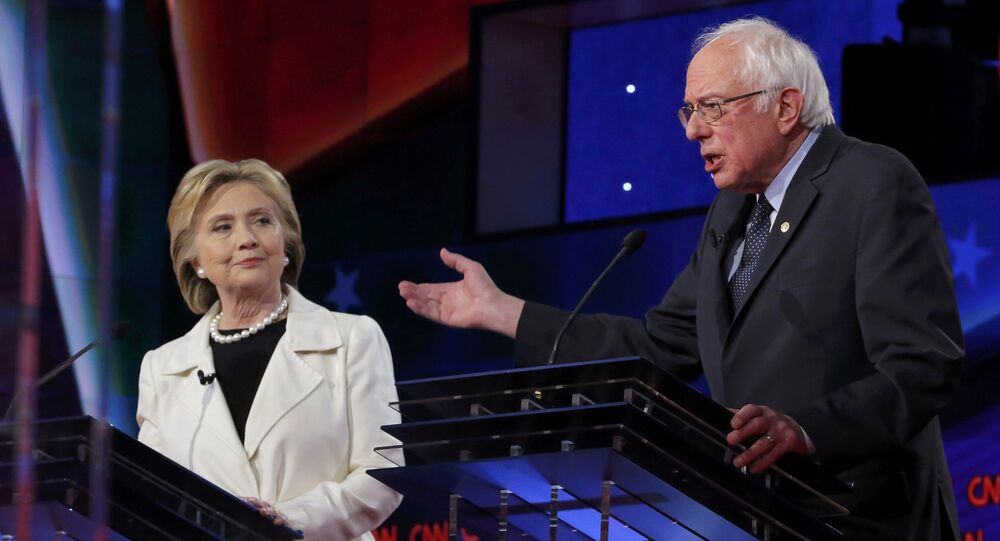 Despite all the harsh words she had to say about Bernie Sanders, Hillary Clinton seemed reluctant to say whether she would endorse him or campaign for him if he were to win the Democratic nomination for the 2020 presidential election.

Former US presidential hopeful and ex-FLOTUS Hillary Clinton has unleashed a fresh barrage of criticism against Senator Bernie Sanders, her one-time opponent during the 2016 Democratic primary, according to the Hollywood Reporter.

During an interview ahead of a new docuseries centered on her, which is expected to premiere at the Sundance Film Festival on 25 January, Hillary told the media outlet that it is not just Bernie's political activity that she doesn't like.

"I will say, however, that it's not only him, it's the culture around him", she said. "It's his leadership team. It's his prominent supporters. It's his online Bernie Bros and their relentless attacks on lots of his competitors, particularly the women. And I really hope people are paying attention to that because it should be worrisome that he has permitted this culture — not only permitted, [he] seems to really be very much supporting it".

When asked whether she would endorse or campaign for Sanders if he gets the nomination, however, Hillary said that she is "not going to go there yet" as the "very vigorous" primary season is still underway.

As the media outlet points out, Hillary also savaged Bernie in the aforementioned documentary, claiming that despite being in Congress for years, Sanders “had one senator support him”.

"Nobody likes him, nobody wants to work with him, he got nothing done. He was a career politician. It's all just baloney and I feel so bad that people got sucked into it", she said.

And when asked whether this assessment still holds today, Hillary simply said "Yes it does", the Hollywood Reporter adds.

This isn’t the first time Hillary Clinton has bashed Bernie Sanders, as last year she claimed that he hurt her 2016 presidential run, even though Sanders formally endorsed her and agreed to campaign for her back then.

The four-part documentary series, "Hillary", is set to premiere on Hulu on 6 March.