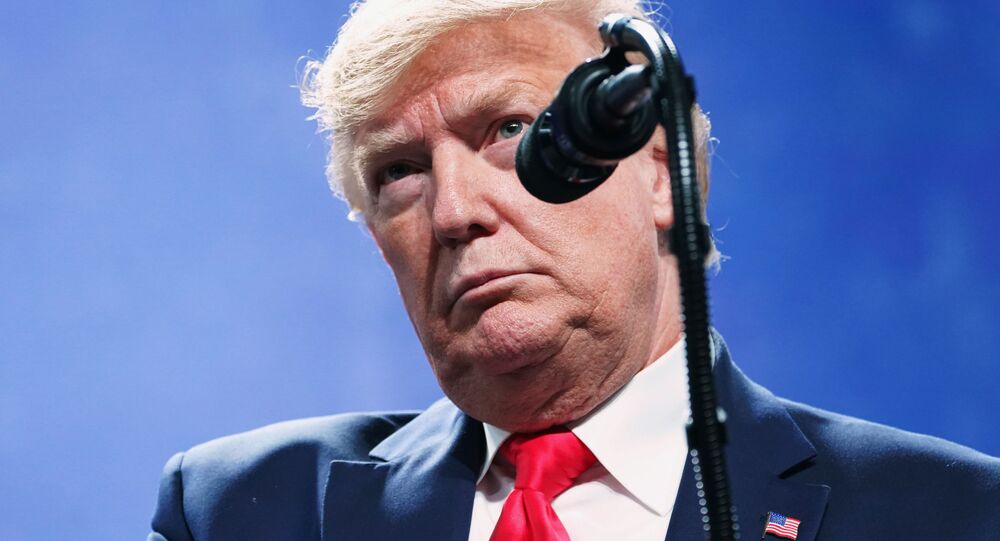 Trump Wants to Deliver State of the Union Address ‘With Impeachment Trial Behind Him’, Graham Says

On Saturday, Donald Trump's legal team released a statement attempting to reject his impeachment by the House and characterising the charges against the US President as a "dangerous attack" on Americans and their right to vote.

South Carolina Senator Lindsey Graham, a close ally of Donald Trump, has stated that the US President wants his impeachment trial to wrap up before his state of the union address, which is scheduled for early next month.

He added that “the sooner this [the impeachment trial] is over, the better for the country”, claiming that a swift dismissal of the charges against Trump would not be possible.

Graham spoke after Trump's legal team slammed the charges against him as a "dangerous attack on rights of the American people to freely choose their president”.

“We are on strong legal footing. The president has done nothing wrong and we believe that will be borne out in this process," the team said in a statement, ahead of the six-page impeachment document's submission to the Senate.

The lawyers stressed that Trump had done nothing wrong and predicted that he would not be removed from office during the upcoming Senate trial, adding that the defence team planned to argue that the impeachment articles violate the US Constitution.

This came after House Speaker Nancy Pelosi, who remains one of Trump’s most outspoken critics, appealed to the US President directly, reminding him that he has already been impeached by the House of Representatives and that it will go down in history, whatever happens next.

“If the president is listening, I would want him to know that he is impeached forever because he used the office of president to try to influence a foreign country for his personal and political benefit,” Pelosi said during a broadcast of HBO’s “Real Time”.

On 18 December, the Democratic-controlled House of Representatives voted along party lines to impeach Trump after he allegedly abused power by pressuring the Ukrainian government to open an investigation into former US vice president and 2020 presidential candidate Joe Biden and his son, Hunter Biden, regarding their activity in Ukraine.

According to the US Constitution, the House has sole power to impeach, which is analogous to an indictment, while the 100-seat Senate, currently controlled by the Republicans, has the sole power of removing a president.

Trump rejected an impeachment inquiry, which was launched by Democrats in September 2019, as a "witch hunt" designed to overturn the results of the 2016 US presidential elections.