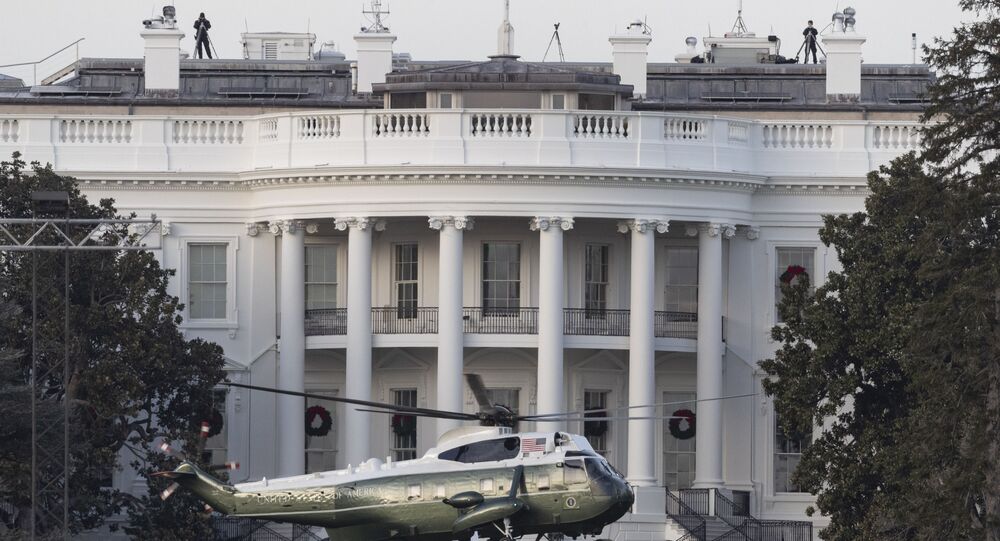 The post of director for European and Russian affairs at the National Security Council (NSC) has been marked by an increased turbulence, with three people leaving the post in less than a year, including Tim Morrison, who was central to the impeachment inquiry against Donald Trump.

Andrew Peek, senior director on European and Russia affairs at the NSC has reportedly been placed on administrative leave pending an investigation concerning security matters, Axios first revealed citing people familiar with the situation. According to Bloomberg, Peek left the post and was allegedly escorted from the White House on 17 January. The official declined to comment on the development when approached by the media.

Trump’s Russia expert assumed the post in November, replacing Tim Morrison, and is the third person to vacate the position in less than a year.

Morrison was a central figure during the impeachment inquiry against Donald Trump, revealing during the probe that he was told by Gordon Sondland, US Ambassador to the EU, that there was indeed a quid pro quo requirement for US aid to Ukraine, conditioned by Kiev’s announcement of an investigation into Ukrainian gas company Burisma who employed the son of former Vice President Joe Biden, Hunter.

© REUTERS / JONATHAN ERNST
‘Impeached Forever’: Pelosi Slams Trump as Senate Trial Set to Begin Next Week
Fiona Hill, another person who testified during the House impeachment hearings, while denying Republican’s claims that it was Ukraine, rather than Russia, who meddled in the 2016 US presidential elections, also held the NSC’s Europe and Russia affairs position from April to July 2019.

On 18 December, the Democratically-controlled House of Representatives approved two articles of impeachment regarding Trump’s alleged abuse of power and obstruction of Congress, later sending them to the US Senate. A trial is now expected to begin in the upper house of the US Congress on 21 January.