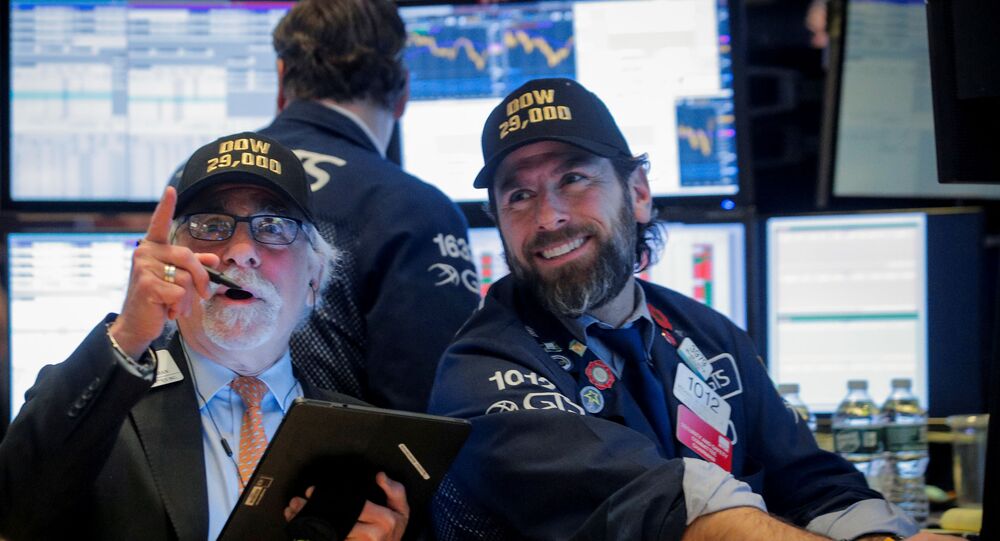 NEW YORK (Sputnik) - Wall Street’s top stocks barometer, the S&P500, closed at record highs for a second day in a row on Friday as China posted strong economic growth data after concluding a $200-billion trade deal with the United States earlier in the week.

Wall Street has seen a streak of record highs since Wednesday’s signing of the Phase One trade agreement between the United States and China.

China committed under the trade agreement to grant greater protection to US intellectual property, not devalue the yuan to its advantage and purchase US goods worth hundreds of billions of dollars.

Friday’s rally in US stocks came after China said its economy grew by 6.1 percent in 2019, meeting expectations even amid a nearly two-year trade war with the United States.

The Nasdaq is up 4.6 percent year-to-date. The technology sector was the darling of Wall Street investors in 2019, lifting the Nasdaq by 36 percent for the index’s best performance in six years.