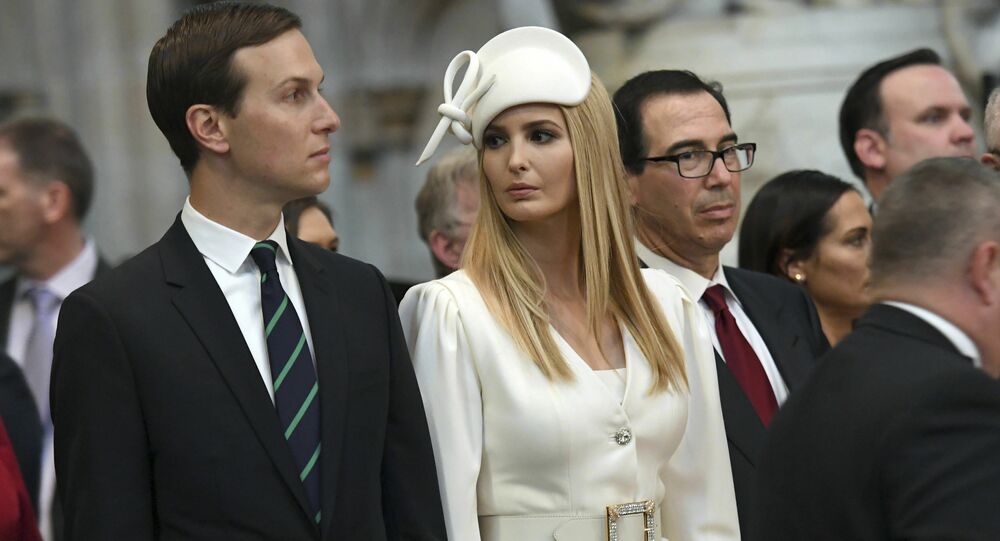 The satirical on-stage performance about the purse entreprenerur-turned senior White House advisor was first announced in August, as comedian Ryan Raftery was rounding off his project targeting the likes of Vogue’s long-standing editor-in-chief Anna Wintour.

Cabaret actor and burlesque show creator Ryan Raftery who is already known to the public as one who once played Vogue head Anna Wintour, Martha Stewart, Calvin Klein and even TV host Andy Cohen, has now set a totally different and very ambitious goal for himself – that is to portray First Daughter Ivanka Trump.

The actor shared with PageSix that the “bio-musical ”performance that is to be set during different eras, from imperial Russia to modern-day America, was inspired by Jordan Peele’s “Us", the Disney cartoon “Anastasia”, and the 1962 classic “The Manchurian Candidate".

“I’m not gonna lie, it’s not fun", Raftery said when his plans were first reported in summer, pondering Ms Trump’s peculiar form of femininity. The storyline is that Ivanka inadvertently becomes a Russian sleeper agent after her father has a row with the country and the two sides of her personality clash when she comes to realise it.

Jared Kushner will surely be there too, greeting the audience in the shape of a life-size cardboard figure – in an apparent nod to the general public typically laughing off his “mannequin” looks.

The parody appears to be highly-anticipated, with itchy netizens assuming it will be quite “something” indeed:

... while one speculated on “the left” surely “losing their sh*t” if the “bio-musical” focused on, say, Chelsea Clinton or the Obama girls.

Imagine a cabaret performer doing a 'bio-musical' about Chelsea Clinton, the Obama girls or (gasp!) Amy Carter. The Left would be losing their sh*t. https://t.co/NfqKdUcVxr via @pagesix

There is incidentally another satirical cabaret show of this kind now travelling the US – “JAVANKA 2020: On the Trail” by comedians Jake Weisntein and Sarah Naughton.