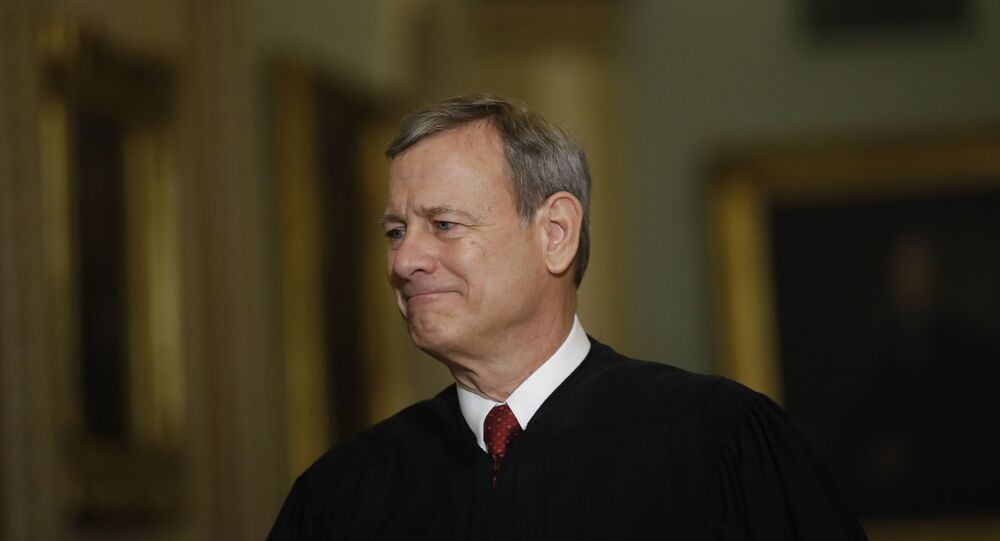 US Supreme Court Chief Justice John Roberts has been sworn in by the Senate in a special ceremony, a necessary precursor to the beginning of US President Donald Trump’s impeachment trial next week.

Roberts then swore in all 100 senators, who will conduct the trial and decide on the chief executive’s fate.

Roberts, who leads the US Supreme Court, was sworn in on Thursday by Senate President Pro Tempore Chuck Grassley (R-IA) so that he may serve as the impeachment trial’s presiding officer. Once Roberts was sworn in, he then oversaw another special ceremony in which each of the 100 US senators swore to “do impartial justice according to the Constitution and laws” in the coming trial.

“I solemnly swear that in all things appertaining to the trial of the impeachment of President Donald J. Trump, now pending, I will do impartial justice according to the Constitution and laws: so help me God,” each lawmaker of the upper chamber must state. There are two senators from each US state, of whom 53 are presently Republicans, 45 are Democrats, and two are Independents.

House lawmakers hand-delivered the two signed articles of impeachment to the Senate Wednesday afternoon, signaling the fact-finding inquiry was formally complete and setting in motion Trump’s Senate trial, which is expected to begin “in earnest” on Tuesday, Senate Majority Leader Mitch McConnell (R-KY) said at the time. The two articles were formally accepted by the Senate on Thursday prior to Chief Justice Roberts’ swearing-in ceremony.

Trump will stand trial on two charges: abuse of power and obstruction of the House. He is accused of abusing his power by attempting to force the Ukrainian government into a quid pro quo agreement regarding the opening of an investigation by Kiev into former US Vice President Joe Biden and his son, Hunter Biden, in exchange for the resumption of military aid withheld by the Trump administration. When Trump directed executive branch staff not to cooperate with House lawmakers’ inquiry into that affair, the House also indicted him for attempting to obstruct their investigation.

Two-thirds of the Senate, or 67 lawmakers, must be convinced of Trump’s guilt for him to be convicted. Seven House representatives appointed by House Speaker Nancy Pelosi (D-CA) will serve as the prosecution.

At the conclusion of the swearing-in ceremony, the Senate adjourned until 1 p.m. EST on Tuesday.

Chief Justice Roberts has gaveled the Senate impeachment proceedings until Tuesday Jan. 21 at 1pm. The high court will hear arguments in the morning and the Senate trial will take place in the afternoon. pic.twitter.com/pK8Gu92ZJm