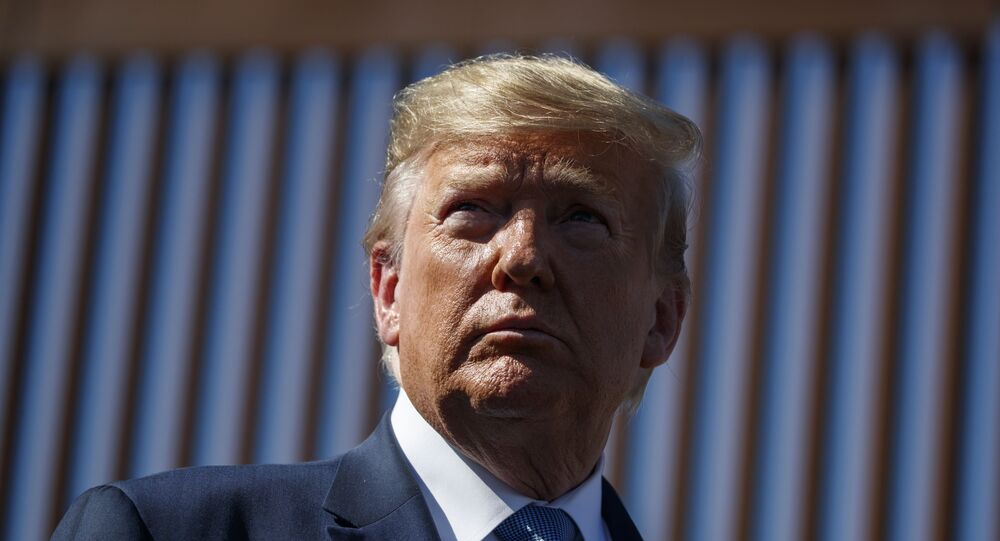 The news comes as House Democrats finally passed on two impeachment articles to the Senate for trial relating to President Donald Trump's alleged abuse of power after delaying the process for nearly a month.

The US congressional watchdog, the Government Accountability Office, has determined that the White House budget office violated American law when it decided to withhold military aid to Ukraine during the summer of 2019. The verdict indicated that the US president had no right to put congressionally approved aid to a foreign government on a hold.

"Faithful execution of the law does not permit the President to substitute his own policy priorities for those that Congress has enacted into law. OMB withheld funds for a policy reason, which is not permitted under the Impoundment Control Act", the watchdog's ruling said.

At the same time, the GAO admitted that it issued its decision on the legality of freezing the aid despite the Trump administration not having provided information that the watchdog needed to properly review the White House's move.

All the watchdog can do after issuing a ruling is force an administration to release the frozen funds, but the GAO's decision comes just as the Democrats are about to start an impeachment trial against POTUS in the Senate over his freezing the aid and the alleged abuse of power connected to the move.

© REUTERS / LEAH MILLIS
U.S. House Speaker Nancy Pelosi (D-CA) signs the two articles of impeachment of U.S. President Donald Trump before sending them over to the U.S. Senate during an engrossment ceremony at the U.S. Capitol in Washington, U.S., January 15, 2020

Democratic Senator Chris Van Hollen, who requested the GAO probe, has praised it as a major victory for those trying to prove Trump's misconduct as president.

Democratic House Speaker Nancy Pelosi commented on the GAO report, saying that it proves the need to bring documentary evidence and witnesses in the upcoming Senate impeachment trial against Trump.

The White House has disagreed with the GAO's findings and the conclusions in its ruling.

"We disagree with GAO's opinion. OMB uses its apportionment authority to ensure taxpayer dollars are properly spent consistent with the President's priorities and with the law", White House Office of Management and Budget spokeswoman Rachel Semmel said.

The GAO report came a day after US House Democrats passed two impeachment articles on to the Senate for an upcoming trial against Trump after withholding them for around three weeks since impeaching the POTUS. Democrats tried to get guarantees of a "fair" trial in the Republican-dominated upper house of Congress, but sped up passing on the articles after the Senate majority leader threatened to start a trial without the articles.

Democrats accuse Trump of abusing his position by blackmailing the Ukrainian president by using US military aid as leverage to pressure him into starting a criminal probe into the current Democratic 2020 frontrunner, Joe Biden. The investigation was never started and the aid was eventually released, with both presidents denying that any blackmail actually took place.

Trump himself justified withholding the aid by citing the rampant corruption in Ukraine, as well as the alleged lack of similar contributions from the US' European partners.

Is Democracy Any Safer With Impeachment Articles Being Sent to the Senate?