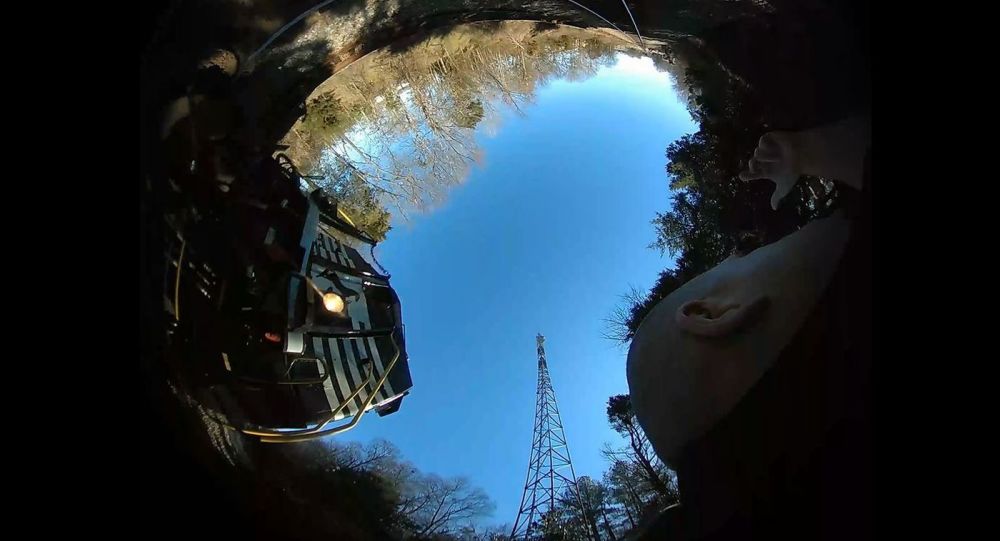 A Georgia cop’s chase of a burglary suspect almost resulted in a fatality after his reported “tunnel vision” of the task at hand blinded him from an oncoming train.

Polk County police officer Andy Anderson is recovering at home with six broken ribs, a broken elbow, and a broken shoulder bone following his near-fatal collision with a train by the Georgia city of Rockmart on January 7, reported the Associated Press.

The dramatic moment which landed Anderson in the hospital earlier this month was caught on his 360-degree body camera - technology that was introduced to the department in recent months and records a broader view of the officer’s surroundings than a traditional body cam.

Footage shows Anderson acknowledging the train’s horn and attempting to move out of his way, but the officer is ultimately struck by a wide-bodied railroad car and thrown into the brush near the train track.

According to Polk County Police Chief Kenny Dodd, the officer was in pursuit of Jayden Moats, an 18-year-old burglary suspect who has yet to be arrested as of Monday, and was attempting to covertly chase him through a wooded area.

"That's a prime example of tunnel vision. It's real. He was so focused on the man getting away he forgot about the danger around him and didn't step far enough off the tracks.” Dodd told Fox 5 Atlanta.

The police chief confirmed that Anderson was released from the hospital on December 12 and is “able to talk and communicate,” despite his injuries. He also revealed the officer received a call from Georgia Governor Brian Kemp.

"It brought Andy's spirits up and ours too. It's great to have a governor who cares about law enforcement. He said he cared for all of us and prayed for all of us," Dodd said.

One woman connected to the burglary case was already in custody at the time of Anderson’s pursuit, but Moats remains at large.