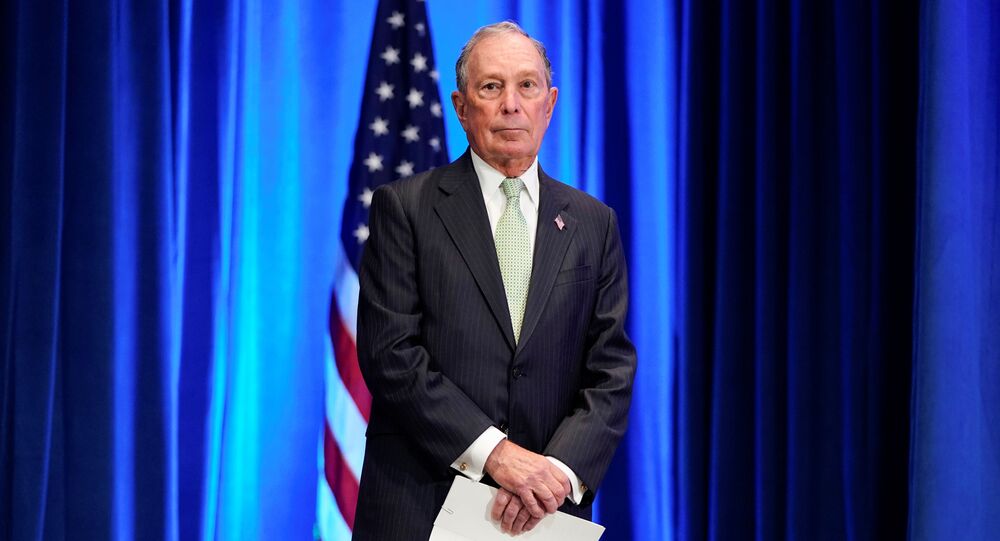 Former New York City Mayor Michael Bloomberg, who according to Forbes is the eighth richest person in America, said he is ready to spend his fortune to beat US President Donald Trump in the 2020 election.

Bloomberg said he is ready to use his wealth to beat Trump, rejecting the criticism from his rivals within the Democratic party that he is trying to buy the election.

“Number one priority is to get rid of Donald Trump. I’m spending all my money to get rid of Trump,” Bloomberg told Reuters aboard his campaign bus on Saturday, during a nearly 300-mile (483-km) drive across Texas. “Do you want me to spend more or less? End of story.”

Bloomberg, who launched his campaign in November, months after his rivals, is currently fifth in national public opinion polls behind Joe Biden, Bernie Sanders, Warren and Pete Buttigieg. Both Warren and Sanders blasted Bloomberg when he launched his $37-million TV advertising campaign, calling it an attempt to “buy American democracy.”

“These are just political things they say, hoping they catch on and they don’t like me doing it, because it competes with them, not because it’s bad policy,” Bloomberg responded, saying that all of his competitors are “too liberal” to beat Trump.

“One of the reasons I’m reasonably confident I could beat Trump is I would be acceptable to the moderate Republicans you have to have,” he said. “Whether you like it or not, you can’t win the election unless you get moderate Republicans to cross the line. The others are much too liberal for them and they would certainly vote for Donald Trump.”

Bloomberg has spent more than $15 million on television ads through mid-January, according to Mark Jones, a political scientist at Houston’s Rice University, who analyzed Federal Communications Commission records on ad buys. That is more than the combined spending nationwide by Democratic frontrunners in 2019, according to the Wesleyan Media Project.

Both Trump and Bloomberg are reportedly planning to broadcast 60-second television commercials during this year’s Super Bowl broadcast on February 2. Trump campaign officials had previously told Reuters that the campaign paid $10 million for air time.

“You can’t get to 330 million people by shaking hands. Television is still the magic medium,” Bloomberg said. “If the Super Bowl wasn’t a place to get to an awful lot of people they wouldn’t be charging a lot, or nobody would be paying it. This is capitalism at work.”