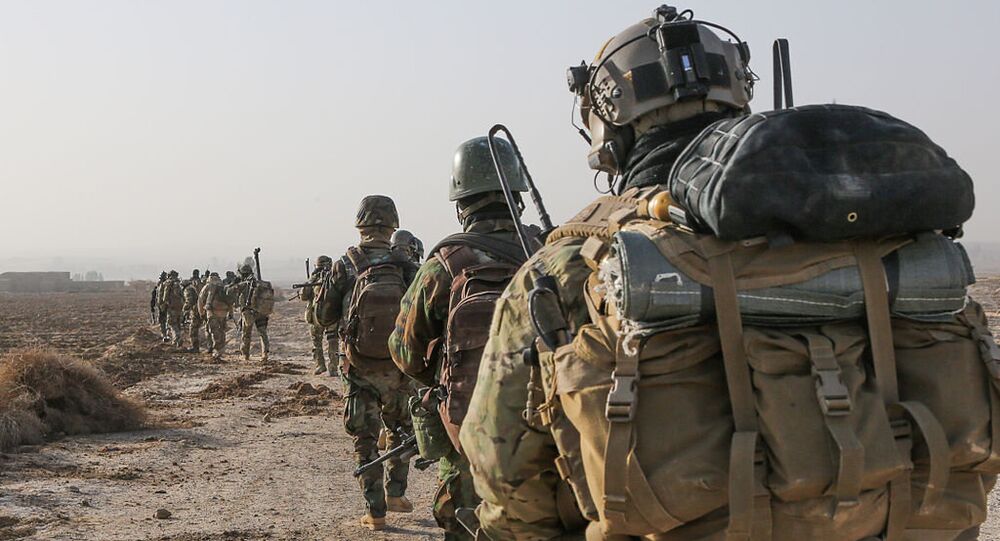 On 3 January, the head of Iran's Islamic Revolutionary Guards Corps' Quds Force Qasem Soleimani was killed at Baghdad International Airport in a US drone strike which was ordered by President Donald Trump and which further worsened already tense relations between Tehran and Washington.

American Special Operations forces were about a half-mile behind a convoy carrying Iranian General Qasem Soleimani when it was hit by a US drone strike last week, Fox News reports.

The US news outlet said that these forces were allegedly on the scene in about a minute or two, carrying out so-called “bomb damage assessment”.

This included taking pictures of the strike’s aftermath and confirming that the drone destroyed the right car.

Some photos obtained by Fox News from a government source included graphic close-up views of Soleimani's disfigured body, with one image showing his corpse burning next to the car in which he was riding.

Fox News cited an unnamed source as saying that after US special forces dragged Soleimani's body away from the scene, they extinguished the fire before formally identifying the head of the Iranian Islamic Revolutionary Guard Corps’ elite Quds Force.

Additionally, the photos included Soleimani’s possessions and small arms, among them books of poetry, wads of cash, a pistol and an assault rifle.

The Iranian general was killed on 3 January, when a US Reaper drone launched a missile at the Baghdad International Airport in a strike that was authorised by President Donald Trump and slammed by Tehran as an act of terror.

Iran retaliated against the US drone strike by attacking American forces at the Ayn Al-Asad Air Base and a facility in Erbil in Iraq with ballistic missiles. There were no casualties in the attack which Tehran claimed were conducted in self-defence and in sync with the UN Charter.

Trump indicated that there would be no immediate US escalation in the conflict during his address to the nation on 8 January, when he signalled Washington’s readiness to make peace with Tehran if its leadership “changed its behaviour”. At the same time, Trump underscored that Iran would never be allowed to obtain a nuclear weapon.