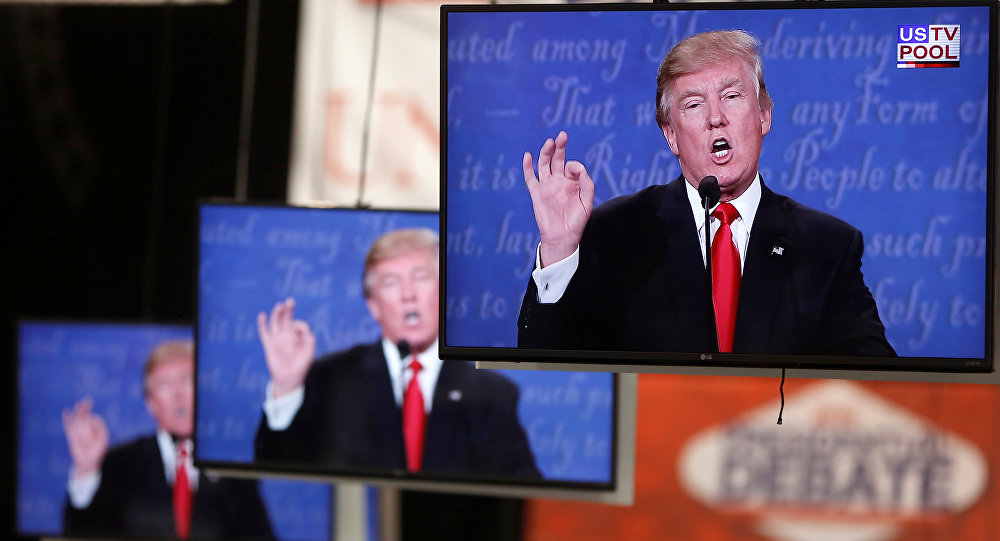 As The Wall Street Journal reports, the move is expected to shake up the domination of Fox News on the conservative-leaning segment of the media marketplace. While the US president, who enjoys the support of many Fox commentators, has recently criticised the media giant, he has referred to OANN as an example of good reporting.

Investors from Hicks Equity Partners, tied to Thomas Hicks Jr., a co-chair of the Republican National Committee and Donald Trump Jr.’s friend, is gearing up for a buyout of the One America News Network, according to a Wall Street Journal report, which cites people familiar with the matter. As the outlet’s sources point out, the acquisition is expected to challenge Fox News’ domination on the conservative media market.

OANN President Charles Herring told the newspaper that the company had become “a reliable news source for a national audience” and indicated that potential investors have been showing interest in the broadcaster from time to time.

“With the 2020 political season in full swing, expressed interest is on the rise. Yet our family didn’t build our operations to sell it”, he wrote to them in an email.

RNC co-chair Hicks Jr. has not responded to a request for comment from the WSJ; however, people familiar with the matter say that he stepped down as a partner at Hicks Holdings after assuming a political post to avoid a conflict of interest and is not participating in efforts to prepare a bid. However, he and his family, whose wealth stems from the media business and sports investment, could choose to opt into the buyout.

“Over the last 25 years, we have been active media investors. Any interest in OANN is from a purely business standpoint”, Hicks Equity Partners’ Rick Newman, leading the deal with Thomas Hicks Sr., who is a Trump donor, told the outlet.

The potential buyers, described as “allies of President Trump” by the WSJ, are said to be turning to GOP donors to collect about $250 million for the bid. The investment firm is reportedly in talks with a dozen wealthy GOP supporters. One of them, Dallas investor Doug Deasons, has reportedly indicated that he plans to join the bid, while Republican megadonor Paul Singer’s hedge fund, Elliott Management Corp., was not interested.

OANN, whose opinion programmes are said to often speak favourably of Donald Trump and support right-wing and conservative causes, attracts a portion of viewers from cable-news giants, but it cannot boast of having wide reach to US households. But prospective investors are allegedly being promised that a new owner could boost its distribution, striking deals with more pay TV firms.

As the source told the WSJ, whose parent, News Corp, has common ownership with Fox Corp, OANN would also receive new management, upgrade production values, and cater to viewers with centre and right-of-centre opinions, who are currently considered underserved.

The move is expected to strengthen the conservative voice in media coverage, potential investor Deason noted.

“The concern is that there’s only Fox. The left has so much more”, he told the WSJ.

The outlet, however, cites unnamed Republican donors as noting that Fox News is not doing enough to back the GOP; for instance, it does not always broadcast the president’s full campaign rallies live.

© REUTERS / Kevin Lamarque
‘They Suck’: Trump Slams Fox News Poll Showing Majority of US Voters Support Impeachment
At the same time, Trump, who has often cited Fox News in his tweets favourably and has enjoyed the support of its commentators and hosts, has posted several critical remarks about the broadcaster over the past months. For example, one of his December tweets read: “Only pro Trump Fox shows do well. Rest are nothing”.

At the same time, he repeatedly patted AONN on the back, retweeting their posts, praising them for “doing incredible reporting”, and even favoured them over Fox News.

“Watching Fake News CNN is better than watching Shepard Smith, the lowest rated show on @FoxNews. Actually, whenever possible, I turn to @OANN!” he tweeted in August in an offensive against the former Fox News anchor.