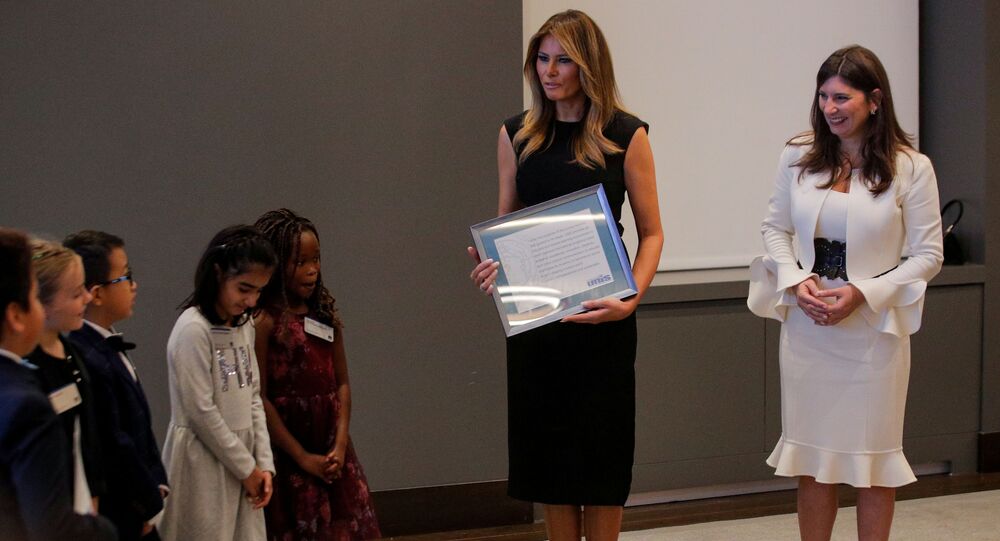 Palm Beach Atlantic University is a private, independent university, which offers graduate and professional degrees. In the press release announcing its decision to give the award to the First Lady, it said the university focuses on the integration of Christian values to prepare students for leadership and service.

Donald Trump’s wife Melania has been named a "woman of distinction" by Palm Beach Atlantic University in Florida. In a statement, the university said the First Lady would be awarded for being an “exquisite human being, a magnificent wife and life partner, a superb mother and an outstanding first lady”. Melania Trump will be honoured for her “Be Best” campaign aimed at fighting cyberbullying and opioid abuse.

During her tenure the First Lady has also visited hospitals that helped babies suffering from neonatal abstinence syndrome and worked with tech companies like Microsoft on online safety issues.

“In her role as First Lady, Mrs Trump focuses her time on the many issues affecting children. An unwavering characteristic of the First Lady is her aptitude for showing love and compassion in all that she does”, the university said in a statement.

The University usually gives the award to two women, who have contributed to the community, but this year Melania Trump will be the sole recipient at an honorary luncheon scheduled for 19 February. Tickets to the event cost $500, but it has been already sold out.

"First ladies define the history of our country. We are honoured to recognise Mrs Trump as a Woman of Distinction and the only first lady since Mrs Kennedy to be a Palm Beach resident. This will be a truly memorable event", Frances Fisher, co-chairwoman for the event at the private Christian university, told The Palm Beach Post.