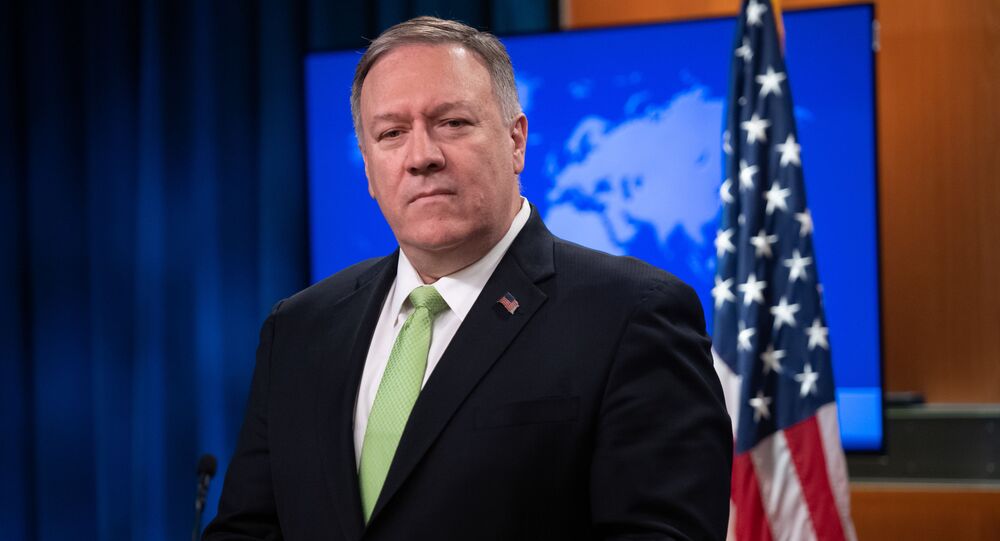 Mike Pompeo’s comments come as former deputy to the US Secretary of State John J. Sullivan is set to assume office as the head of the US diplomatic mission in Russia, succeeding Jon Huntsman Jr.

US Secretary of State Mike Pompeo has taken to Twitter to praise the country’s new ambassador to Russia, who he was “thrilled to swear in” on Friday after the diplomat was initially tapped for the “critical job” in December.

Thrilled to swear in John Sullivan as our new Ambassador to #Russia. John is undoubtedly the right person to join @USEmbRu for this critical job as we seek a constructive and productive relationship with the Russian Federation. pic.twitter.com/hbOZdcteMu

Pompeo further explained the political background of the nomination, saying “we seek a constructive and productive relationship with the Russian Federation".

In November, Sullivan stated an improvement in relations between Washington and Moscow is possible if the Minsk peace agreements on settling the conflict in eastern Ukraine’s Donbass are complied with by Russia.

The Senate approved the new envoy’s candidacy in December. Sullivan, in the not so distant past, served as Acting US Secretary of State, having earlier worked in the Pentagon, the Department of Justice, and Trade Department.