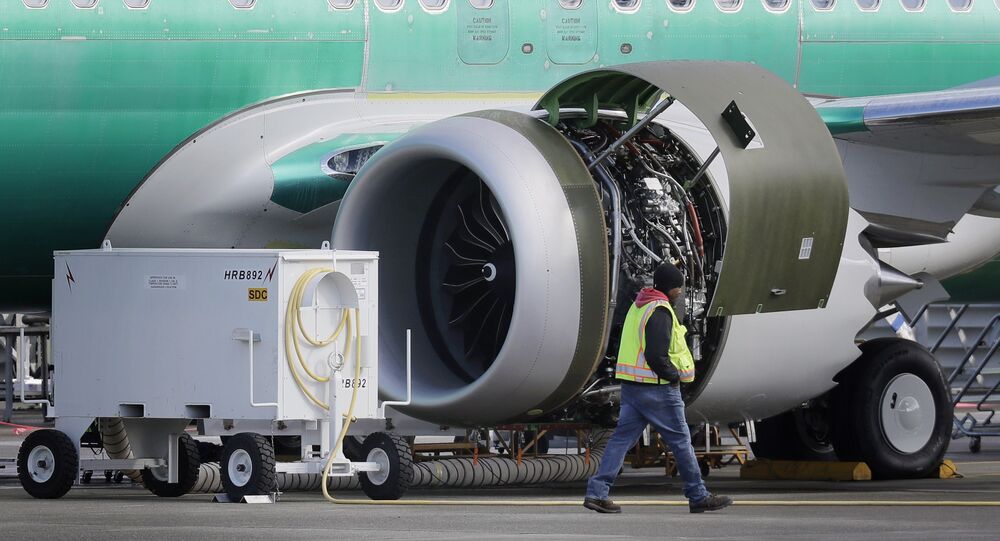 WASHINGTON (Sputnik) - The Federal Aviation Administration (FAA) said in a press release that it is proposing a $5.4 million fine against Boeing for allegedly installing defective parts on its 737 MAX aircraft.

The FAA pointed out that it had already proposed a more than $3.9 million penalty against Boeing for allegedly installing the same defective nonconforming components on an estimated 133 Boeing 737 NG aircraft.

The FAA said the slate tracks are located on "the leading edge of a Boeing 737’s wings and are used to guide the movement of panels known as slats."

These panels give the aircraft additional lift during takeoff and landing, the release said.

The FAA argues that Boeing failed to properly oversee its suppliers to ensure they complied with the company's quality control standards. As a result, the slat tracks were installed despite being weakened by a condition known as hydrogen embrittlement that occurs during cadmium-titanium plating, the release said.

Moreover, the FAA said Boeing knowingly submitted the aircraft for final FAA airworthiness certification even after determining that the parts could not be used due to a failed strength test.