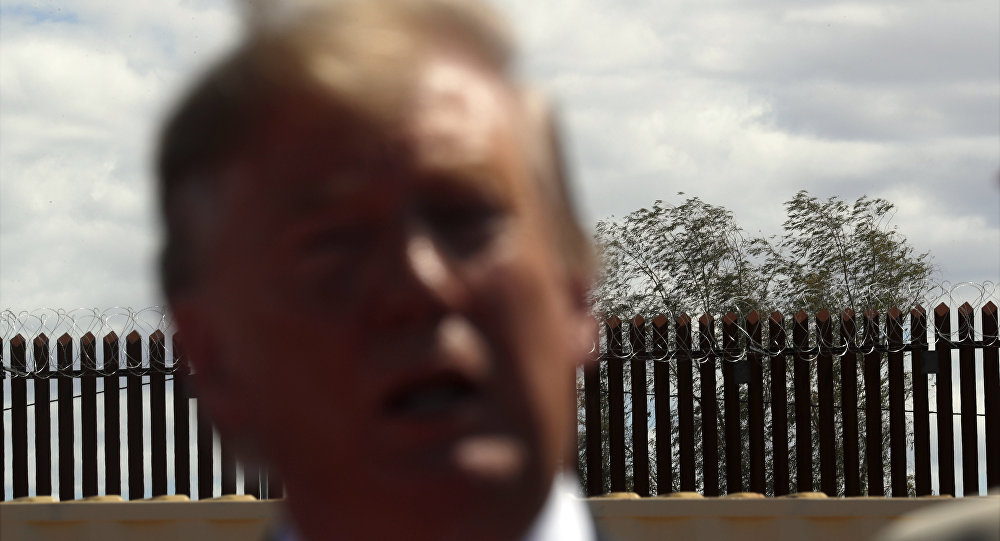 Donald Trump has made the construction of the wall a key point of his presidential campaign, designed to prevent the massive flow of immigrants to the United States through neighboring Mexico.

He called it a "milestone".

"Today is a milestone that has been reached and a celebration is in order. Today I am proud to report that the Trump administration has constructed 100 miles of border wall system along the southern border. The 100 miles we celebrate today are only the first of many more miles to come", said Wolf, who visited the part of the wall in Yuma, Arizona.

Particularly in Yuma, due to "the Trump Administration's policy changes", as the city authorities said, the flow of immigrants has diminished by at least 70 percent compared to the peak in May.

However, President Trump has faced major resistance from Democrats concerning his handling of the border. He has been struggling to find sources of funding for the wall as Congress refused to allocate funds from the budget at his request.

A massive caravan of immigrants seeking asylum began moving towards the US through Mexico in Autumn 2018, which the US president characterised as a crisis and vowed to build a wall on the US-Mexican border.

Trump believes that the wall will prevent the massive influx of undocumented migrants and drug trafficking.

....VERY stupidly negotiated Trade Deals, and Illegal Immigration, are a tremendous cost and burden to our Country. They are BOTH coming along very well and someday, in the not too distant future, America will see a very positive change. Remember, America First!