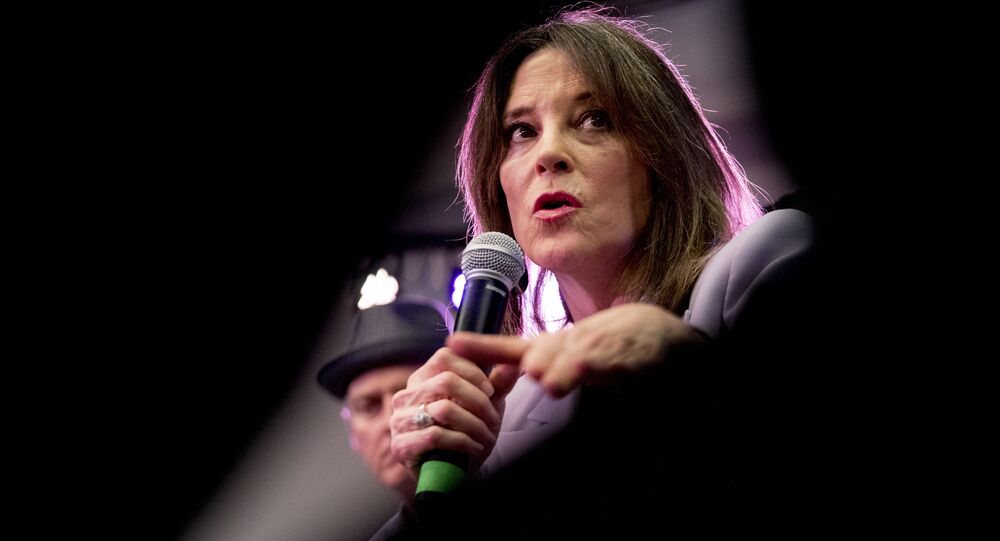 Williamson has never managed to win the support of over 1 percent of registered Democrats in opinion polls since last July and has therefore not qualified for any of the six nationally televised debates between leading candidates since then.

Democratic presidential candidate Marianne Williamson has announced that she is withdrawing from the presidential race via her official website.

"With caucuses and primaries now about to begin, however, we will not be able to garner enough votes in the election to elevate our conversation any more than it is now," Williamson said in a statement on her campaign's website. "As of today, therefore, I’m suspending my campaign."

Williamson stated that she ran for office to "help forge another direction" and discuss things that otherwise were not discussed.

"I feel that we have done that", she wrote on her official website. "I stayed in the race to take advantage of every possible effort to share our message. With caucuses and primaries now about to begin, however, we will not be able to garner enough votes in the election to elevate our conversation any more than it is now".

Williamson announced her campaign to run for US president on 29 January 2019. The 67-year-old politician previously unsuccessfully ran as an independent candidate for California's 33rd congressional district in 2014. Williamson is also known as a spiritual leader, activist and author. She has published 13 books, four of which became bestsellers.