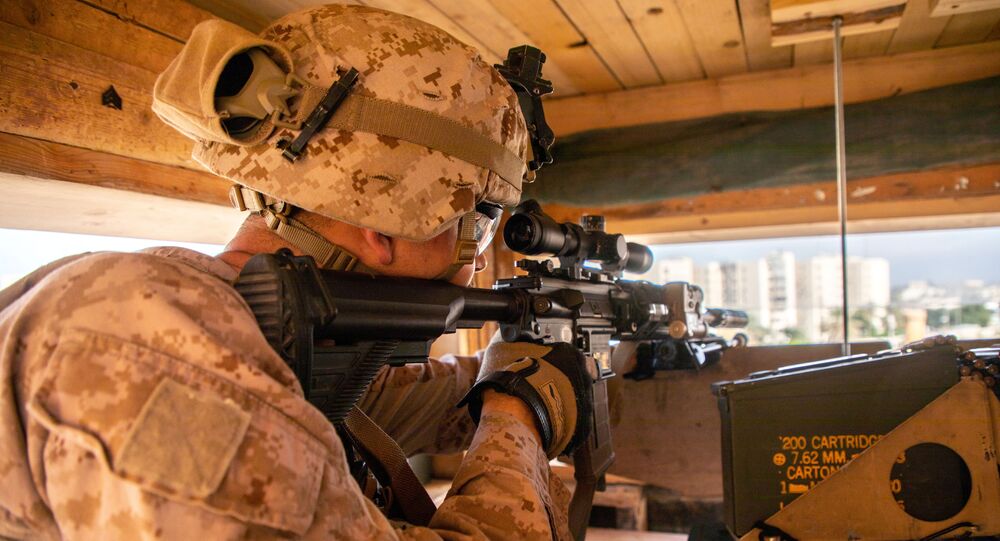 Following the US airstrike in Iraq that killed Iranian top general Soleimani and two leaders of the Iraqi Popular Mobilisation Force, a move that was not authorised by the country's government, Iraq’s parliament adopted a motion to expel all foreign military forces present in the country, including US troops.

"There does, however, need to be a conversation between the US and Iraqi governments not just regarding security, but about our financial, economic, and diplomatic partnership", the State Department said.

The press release further noted that Washington seeks to be "a friend and partner to a sovereign, prosperous, and stable Iraq", while stating that the US military presence in the country will persist in order to fight Daesh* and protect Americans, Iraqis, and US-led coalition partners.

The State Department also announced that it would be discussing NATO's involvement in Iraq with the alliance's delegation during a meeting that will take place later on 10 January. It noted that the discussion is being held in line with US President Donald Trump's earlier call for NATO to be more involved in Middle East issues.

Iraq Tries to Expel US Troops

The Iraqi Parliament voted during an extraordinary session on 5 January to expel the foreign military presence from the country, including US troops that it invited in 2014 to fight Daesh’s* incursion.

"The Iraqi government must work to end the presence of any foreign troops on Iraqi soil and prohibit them from using its land, airspace or water for any reason", the parliament's resolution read.

The parliament's decision came as a response to the US conducting airstrikes on Iraqi territory without discussing or at least notifying Baghdad about them. The last such strike, which triggered the vote, killed Iranian top General Qasem Soleimani and two prominent members of Iraq’s Popular Mobilisation Forces.

The US, however, has not officially announced any intent to withdraw its forces from the country. However, following the vote, a letter started circulating in media, in which Washington informed Baghdad of preparations for an upcoming withdrawal. Mark Milley, chairman of the Joint Chiefs of Staff, later clarified that the letter was sent by "mistake" and that it doesn't reflect the reality, despite being "genuine".