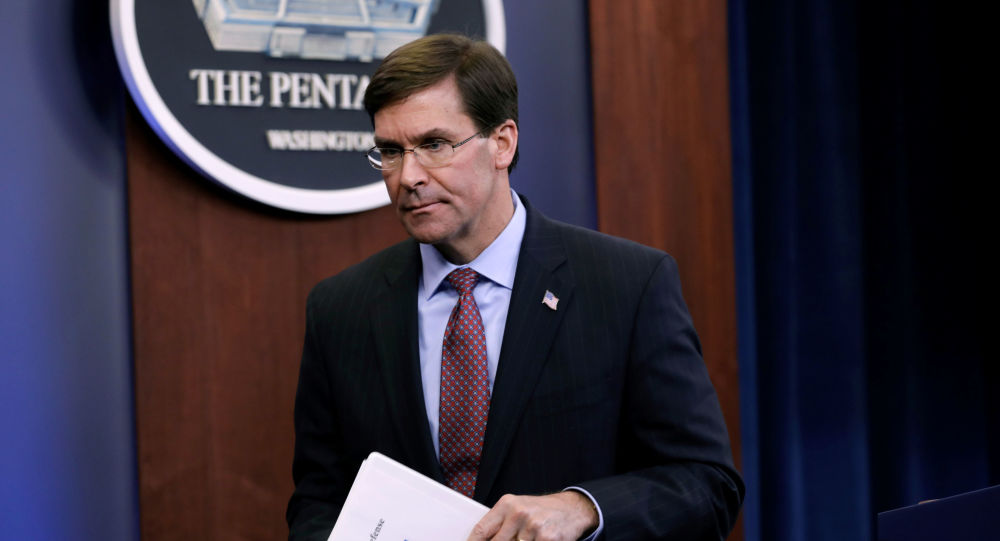 US military facilities in Erbil and the Ayn al-Asad Air Base became targets on early Wednesday in what was dubbed as Operation Martyr Soleimani, an act of "revenge" conducted by the Islamic Revolutionary Guards Corps' Quds Force for the killing of Iran's top military figure Qassem Soleimani.

US Secretary of Defence Marc Esper said that the US military remains "poised and ready" following Iran's airstrikes that targeted US military bases in Iraq, Reuters reported on Wednesday.

Esper said that the damage in the Iranian missile attack was minor, the airstrikes hit tents, a parking lot and also a helicopter. Washington also confirmed earlier that no US personnel was injured in the attack.

At least 11 missiles impacted al Asad Air Base in western Iraq and at least one impacted the US military facilities in Erbil in Iraqi Kurdistan, according to the Pentagon chief. On the whole, Iran launched 16 short-range ballistic missiles from at least three locations, Esper said.

"I believe based on what I saw and what I know that they were intended to cause structural damage destroy vehicles and equipment and aircraft and to kill personnel. That's my own personal assessment", Milley said.

Iran's early Wednesday airstrikes were launched as part of the "hard revenge" for its top military commander, Gen. Qassem Soleimani, killed in the US targeted attack on the Baghdadi International Airport on 3 January.

Addressing the nation on Wednesday, US President Donald Trump said the United States was sure the commander was planning attacks for 4 January. He did not explicitly promise any action against Iran except for economic sanctions, adding that the US had "big and accurate" missiles at their disposal but hoped that he wouldn't have to use them against Tehran.

The president also said he would ask NATO to boost its involvement in the Middle East.