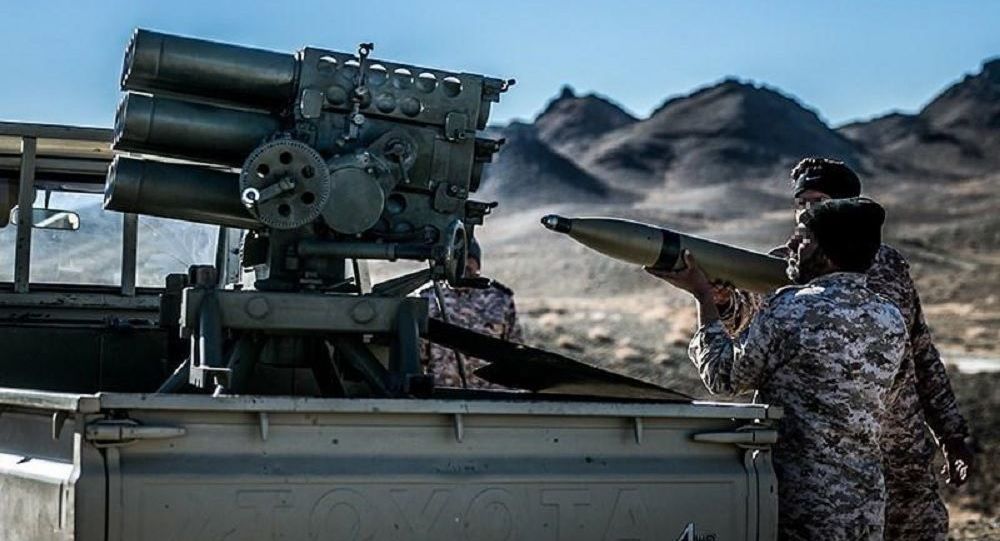 Iranian state TV said missile attacks on two airbases in Iraq housing US troops on Wednesday morning was a retaliation for the killing of top Iranian general Qasem Soleimani in Baghdad by the US.

Iran’s Revolutionary Guards Corps (IRGC) has threatened “the Great Satan and bloodthirsty regime” of the United States with "painful and crushing responses" and warned the White House against any more provocations in a statement on Wednesday.

"We in no way consider the Zionist regime[of Israel] to be separated from the criminal regime in these crimes", the IRGC said in a statement.

The statement comes after two airbases in Iraq’s Irbil and al-Asad came under missile strikes from Iran in what Tehran said was a retaliation against the assassination of top Quds Force Commander Qasem Soleimani, who was killed during a US drone strike in Iraq on 3 January. He was promoted posthumously to Lieutenant General. Both attacks took place hours after Soleimani’s funeral. It is unclear if there have been any casualties as a result of the attacks.

Commenting on the missile strikes on US troops in Iraq, Iranian Foreign Minister Mohammad Javad Zarif said Tehran does not seek a war [with the United States] and is merely defending itself against aggression.

The Pentagon said it was aware of the attacks and has briefed President Donald Trump about the situation. The DoD said it would take all necessary measures to protect US military forces and its allies amid the tensions with Iran.

President Donald Trump sounded upbeat as he informed about the attacks on US troops in Iraq, saying “all is well”. Trump said he would deliver a statement on the situation in the morning.

All is well! Missiles launched from Iran at two military bases located in Iraq. Assessment of casualties & damages taking place now. So far, so good! We have the most powerful and well equipped military anywhere in the world, by far! I will be making a statement tomorrow morning.