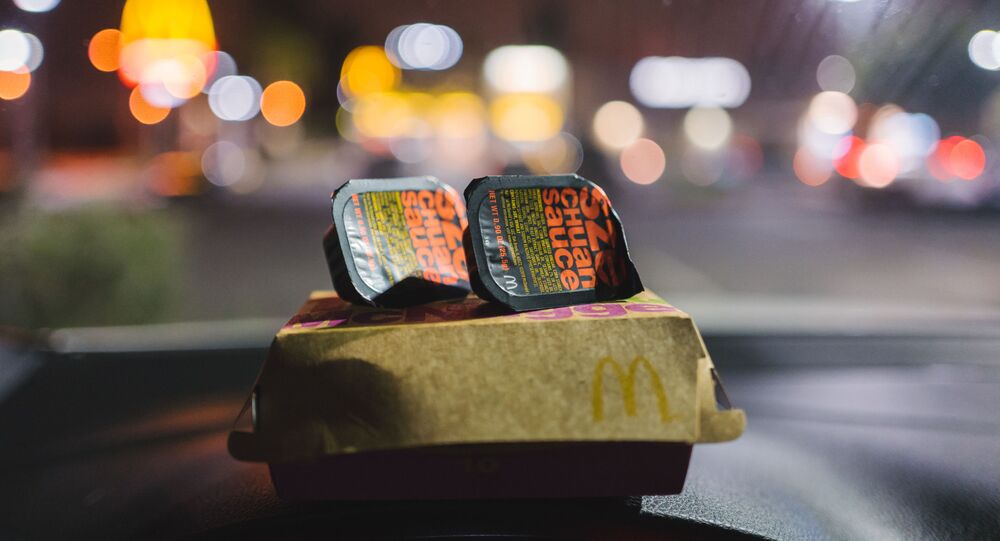 Last November, Virginia's Henrico Police searched for a pair of McDonald’s customers who were caught on surveillance footage violently attacking a drive-thru employee after the three reportedly wound up in a disagreement over the bill.

Nineteen-year-old Maguire Marie Mclaughlin was arrested last week after she pledged to get a McDonald sauce by "by whatever means necessary."

The incident allegedly took place in Vero Beach, Florida at around 4 am, when the young lady started quarrelling with drive-thru employees over the lack of the condiment in her order.

The employees then called the police as they feared for their safety.

"The employee advised Mclaughlin that dipping sauce costs 25 cents. Mclaughlin further stated that she would be getting the sauce by whatever means necessary, however, could not specify what she meant by that," a report issued by the Indian River County Sheriff’s Office says.

Mclaughlin was then taken into custody and needed to be placed into mechanical restraints as she kept locking her legs, according to the police, who added that they smelled alcohol on her.

It is unknown whether or not the dipping sauce in question was Szechuan sauce, the 1998 McDonald's condiment that was catapulted to popularity by the cartoon Rick and Morty, causing one die-hard fan to trade his car for a single packet.