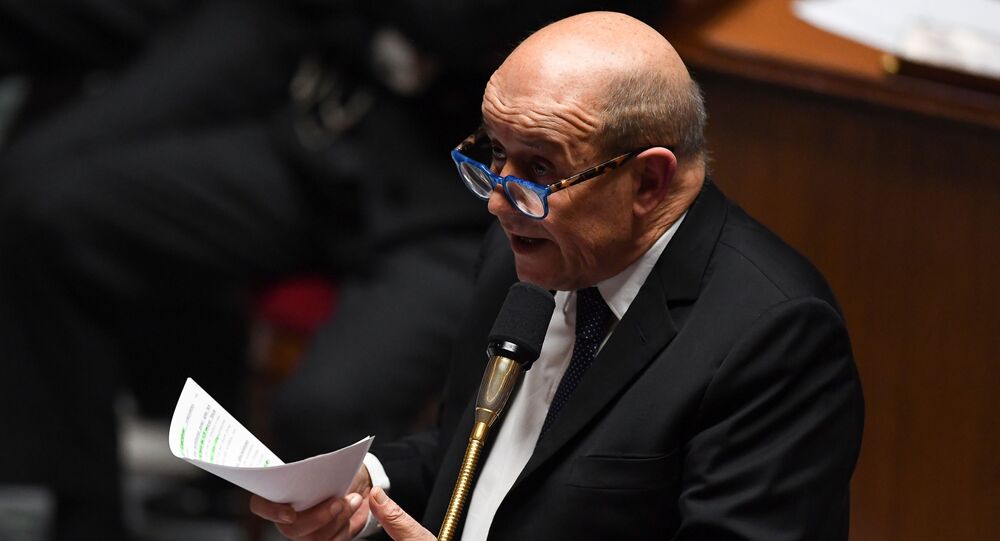 French Foreign Minister Urges Iran to ‘Renounce Retaliation’ Against US

MOSCOW (Sputnik) - The French Foreign Minister said Monday Iran should not take revenge against the United States for killing its top military commander in order to avoid further escalation.

"It is necessary that Iran renounce retaliation and reprisals and that talks reopen on Iran’s return to the Vienna deal so that talks on regional stability may take place", Jean-Yves Le Drian told BFMTV broadcaster.

Le Drian said the situation in the Middle East was very serious. He warned that a "chain of escalation" in the US-Iranian relations could eventually lead to a conflict.

But the diplomat added that there was still a place for diplomacy and "time to stop this infernal spiral". "France’s position is to strive for a de-escalation", the Foreign Minister stressed.

On 3 January, the US carried out a drone strike on Baghdad international airport, killing chief of Iran's elite Quds force Major General Qasem Soleimani, Iraqi militia commander Abu Mahdi al-Muhandis and 10 more people who were in the convoy.

Iran has vowed a tit-for-tat response to the killing of its top military commander. US President Donald Trump has said his country will then strike at a wide range of Iranian targets, including cultural sites.

Tehran also said Sunday it would no longer abide by the enrichment limitations set in the 2015 nuclear deal with France, Russia, China, Germany, the United Kingdom and the United States, which quit it in 2018.