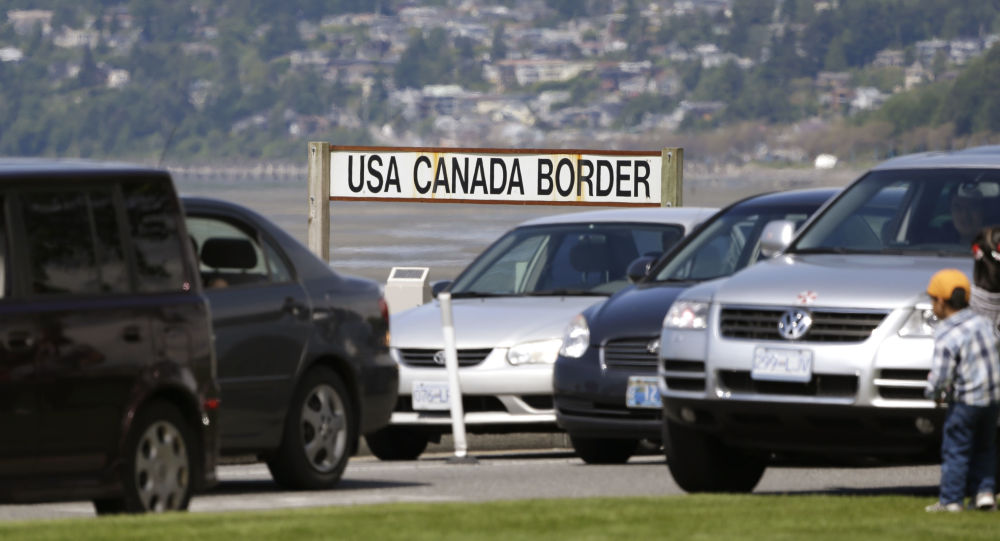 Over 60 naturalized Iranians and Iranian-Americans of various ages were reportedly detained on Sunday by US authorities at the Peace Arch Border Crossing in Blaine, Washington, as they returned home from a pop concert in Vancouver.

"Social media posts that CBP is detaining Iranian-Americans and refusing their entry into the US because of their country of origin are false. Reports that DHS/CBP has issued a related directive are also false", Friel said.

Social media posts that CBP is detaining Iranian-Americans and refusing their entry into the U.S. because of their country of origin are false. Reports that DHS/CBP has issued a related directive are also false.

The spokes asserted that increased border security is a standard response to heightened tensions with Iran, and stressed that longer wait times were an unintended consequence for some travelers but did not elaborate on who those particular travelers would be, according to The Hill.

According to earlier media reports, CBP agents took passports from the detained group of Iranians and, during lengthy questioning, attempted to learn their political views and allegiances, and other information including occupation, birthday and the date of the last visit to Iran.

The Daily Mail reported that some of the detained were traveling in family groups. A North Vancouver man, born in Tehran and a Canadian citizen, lamented that he and his family and dozens of other Iranians were detained for "8+ hours at the Peace Arch border", according to the UK-based media.

"The vast majority of people being held last night were American citizens. We kept asking why we were being detained and asked questions that had nothing to do with our reason for traveling and were told, "I'm sorry this is just the wrong time for you guys"', the man said, cited by The Daily Mail.

A source cited by The Daily Mail said that the US Department of Homeland Security (DHS) issued a national order to the CBP to 'report' and detain anyone with Iranian heritage entering the US who is deemed potentially suspicious or acts 'adversarial', regardless of their citizenship status.

The DHS order comes almost a day after the branch issued a revised security bulletin assuring that there were currently no actionable threats against US citizens coming from Iran.

The National Iranian American Council (NIAC), a non-profit US-based organization, said that as many as 150 individuals may have been held for questioning at the border. The group issued a special memo for Iranians about their legal rights in a such situation.

It reportedly remains, however, unclear if some of the group are still detained.

In the meantime, everyone (but especially Iranians) rn should KNOW YOUR RIGHTS when traveling: here are KYR guides in Farsi & English. BE SURE TO REPORT to @NIACouncil @ACLU or CAIR IF YOU OR FAM ARE QUESTIONED OR DETAINED this is SO important for us to mobilize FAST pic.twitter.com/JOtF3Jzjii

The new development comes amid a dangerous escalation in the Middle East after the assassination of Qasem Soleimani, the commander of the elite Quds Force of the Iranian Islamic Revolutionary Guard Corps (IRGC), in a targeted drone strike ordered by US President Donald Trump.

The White House justified the assassination by claiming that Soleimani was plotting sabotage against US assets in the Middle East. Tehran has stated that revenge will be forthcoming. In an apparent contravention of UN war crimes legislation, Trump then tweeted threats of a counterstrike against military and cultural assets in Iran if US assets are attacked.

Forty Years On From Assassination of Lord Mountbatten, Fears Grow Of Resurgence of IRA Violence