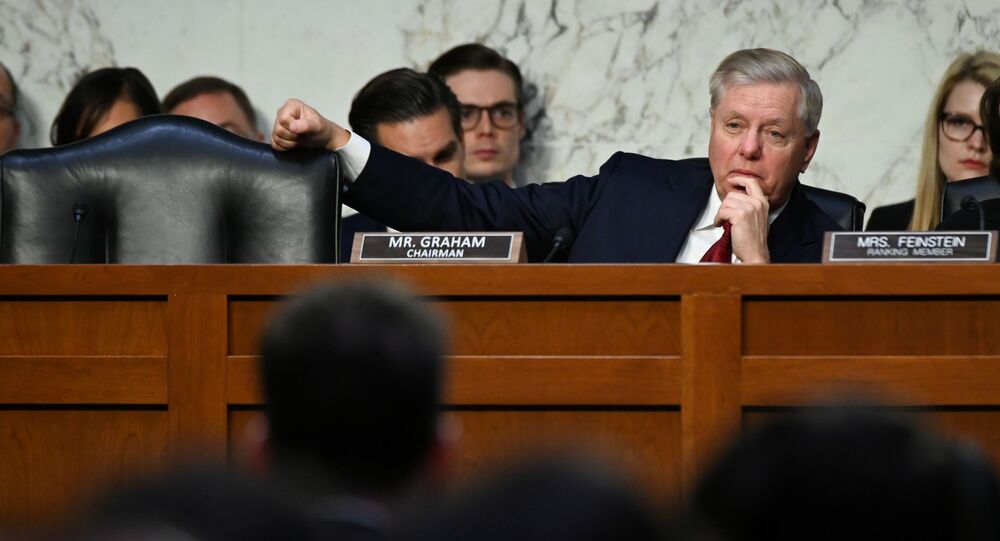 On 18 December the US House of Representatives, controlled by Democrats, voted to impeach US President Donald Trump on charges of obstruction of Congress and abuse of power. Speaker of the House Nancy Pelosi has not yet passed the documents containing the impeachment articles to the Republican-dominated Senate which will start Trump’s trial.

US Republican Senator Lindsey Graham, chair of the Senate Committee on the Judiciary, on Sunday proposed changing Senate rules to start Trump’s impeachment trial in the event the Speaker of the House Nancy Pelosi does not send the impeachment articles to the Senate by the end of the week.

"What I would do, if she continues to refuse to send the articles as required by the Constitution, I would work with Senator McConnell to change the rules of the Senate so we could start the trial without her, if necessary," Graham said in a Fox News interview.

Graham said he hoped that the Senate would hold the trial before the end of January, accusing Pelosi of playing political games by holding the impeachment articles back - a move she threatened earlier until she receives requested information on the form that the Senate trial will take - instead of passing them to the Senate.

"Well, we’re not going to let Nancy Pelosi use the rules of the Senate to her advantage. This is dangerous to the presidency as an institution. They impeached the president, but the speaker of the House is holding the articles back, trying to extort from the majority leader of the Senate a trial to her liking. They’re trying to hold these articles over the head of the president.”

Graham suggested that the Senate would change the rules to allow the Republican majority to start the Trump impeachment trial within “Days, not weeks”, while the whole impeachment trial process “should be done in a couple of weeks”.

“If we don’t get the articles this week, then we need to take matters in our own hands and change the rules, deem them to be delivered to the Senate so we can start the trial, invite the House over to participate if they would like," he said. “If they don’t come, dismiss the case and get on with governing the country.”

Earlier on Friday, Senate Majority Leader Mitch McConnell acknowledged on the Senate floor that the rules of the chamber prevent him from taking any move to continue the Trump impeachment process unless the articles are passed to him by Speraker of the House Pelosi.

On 18 December, the US House of Representative voted on two articles of impeachment against Trump for abuse of power and obstruction of Congress for freezing military aid to press Kiev to probe political rival Joe Biden.

Trump denied he did anything wrong, repeatedly dismissing his impeachment as a “witch hunt” by “do-nothing Democrats” aiming to reverse the outcome of the 2016 presidential election.

Trump Says Does Not Really Care About Impeachment Trial at Senate

US Senator Vows to Introduce Measure to Dismiss Impeachment Next Week