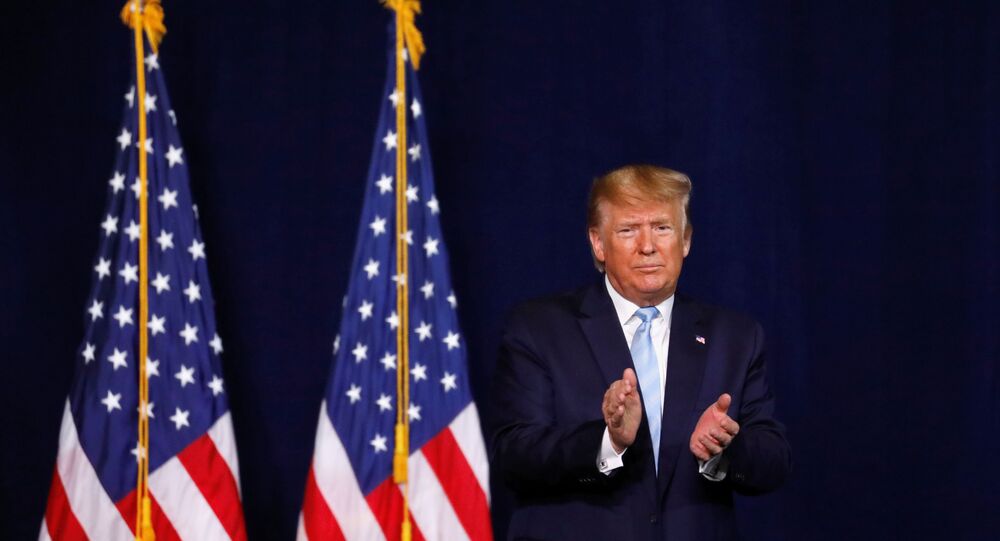 US President Trump repeatedly tweeted threats at Iran, warning that if Tehran struck US targets or military personnel in response to the assassination of Iranian General Qasem Soleimani, the US would strike back.

US President Donald Trump tweeted more threats at Iran on Sunday, saying that he could respond with any "disproportionate manner" if Iran were to strike any "US person or target".

These Media Posts will serve as notification to the United States Congress that should Iran strike any U.S. person or target, the United States will quickly & fully strike back, & perhaps in a disproportionate manner. Such legal notice is not required, but is given nevertheless!

​The tweet comes after accusations that Trump in his Saturday tweets was threatening to commit war crimes against Iran, as his threat to hit 52 Iranian sites, including those "important" to Iranian culture, is in breach of United Nations Resolution 2347 which outlaws the destruction of cultural heritage artifacts, structures and locations during periods of conflict.

Iran stated that it would respond to the assassination of top Iranian General Qasem Soleimani in a targeted US drone strike on Friday by targeting US “military sites”, according to an advisor to Iranian Supreme Leader Ayatollah Khamenei's on Sunday.

"It was America that has started the war. Therefore, they should accept appropriate reactions to their actions. The only thing that can end this period of war is for the Americans to receive a blow that is equal to the blow they have inflicted", said former Iranian Defence Minister Hossein Dehghan.

The attack saw several missiles launched by a drone killing up to seven people, including Soleimani, as the commander's two-car convoy drove from the Baghdad airport.

Following the attack, Trump declared that Soleimani's "reign of terror" was over. Trump also suggested that he could defend Americans if they become threatened.

Both Pentagon officials and Trump have claimed that the attack was preemptive and alleged that the Iranian general was planning to launch attacks on American targets in Iraq and other regions of the Middle East.

The attack was personally ordered by US President Donald Trump from his Mar-a-Lago resort in Florida, and was done without informing either the US Congress or the UK government; the latter is a staunch military partner to the US and has soldiers and equipment on the ground in the region.

Prior to the attack, the US embassy in Iraq was stormed in response to attacks on Iranian-backed militia groups in the country which killed up to 27 Hezbollah fighters.