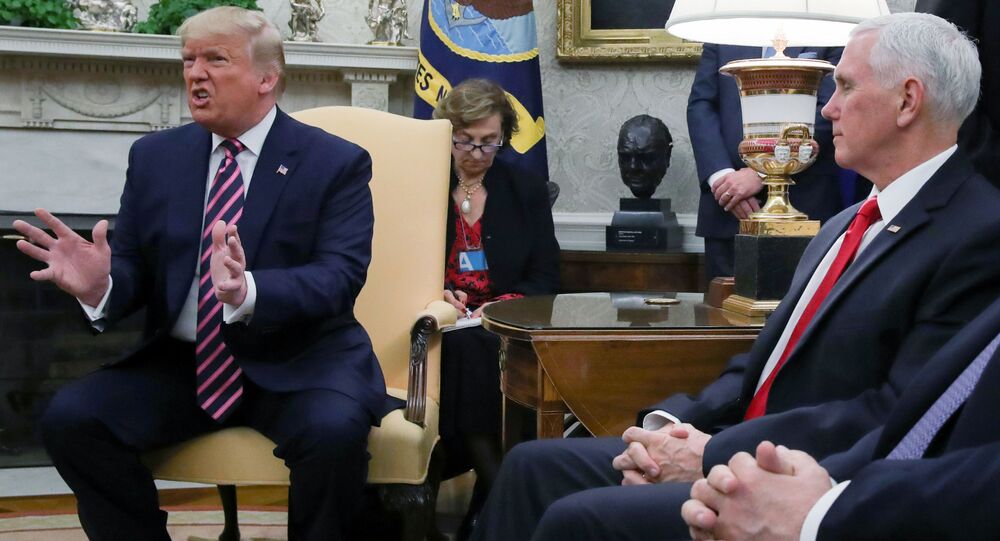 The assassination of the commander of the Iranian Islamic Revolutionary Guard Corps (IRGC), Qasem Soleimani, has prompted fears in the Middle East and across the globe that US President Donald Trump's reportedly spontaneous decision could ultimately spawn a full-scale military conflict which could affect the entire world.

As tensions rise, the US media is digging for details on the assassination that could reportedly become a pivotal moment in modern history for humanity.

Days before Soleimani was targeted, US senior military officials reportedly offered to Trump the option of killing him. The Washington Post broke the news on Saturday, citing sources, that top Pentagon officials were "stunned" when the US president picked the most extreme option as a response to recent Iranian-led violence in Iraq.

According to the media report, senior military officials did not think Trump would take it, citing a practice reportedly introduced after the 11 September 2001 attacks which enables the US Department of Defence to offer improbable options to presidents just to make other more peaceful scenarios appear more palatable.

Trump reportedly became infuriated with media images showing Iranian-backed attacks on the American embassy in Baghdad, The Washington Post said, citing sources. The aggressive protest - which came as a response to the US strike against Kataib Hezbollah's forces killing about two dozen of its fighters - triggered the extreme option.

Senior US officials said, cited by the media outlet, that Trump authorized the assassination of Soleimani despite dispute in the administration about the significance of received intelligence warning of alleged threats to American assets in the Middle East.

© REUTERS / WANA NEWS AGENCY
Trump Administration Awaiting Iran Retaliation ‘Within Weeks’ – Report
US officials were reportedly divided, as some sources claimed that Soleimani had allegedly completed a tour - checking his proxy forces in Syria, Lebanon and Iraq - and was planning an attack that could claim hundreds of lives, according to The Washington Post. Others reportedly doubted a direct strike against Soleimani as other intelligence indicated that the top Iranian general's recent traveling amounted to "business as usual".

Iranian President Hassan Rouhani stated that Tehran will exact revenge for what it characterizes as a terrorist attack.

Trump tweeted at Tehran that the Pentagon had identified "52 sites" in Iran for possible military airstrikes in the event that Iran retaliates over the killing of its IRGC commander.