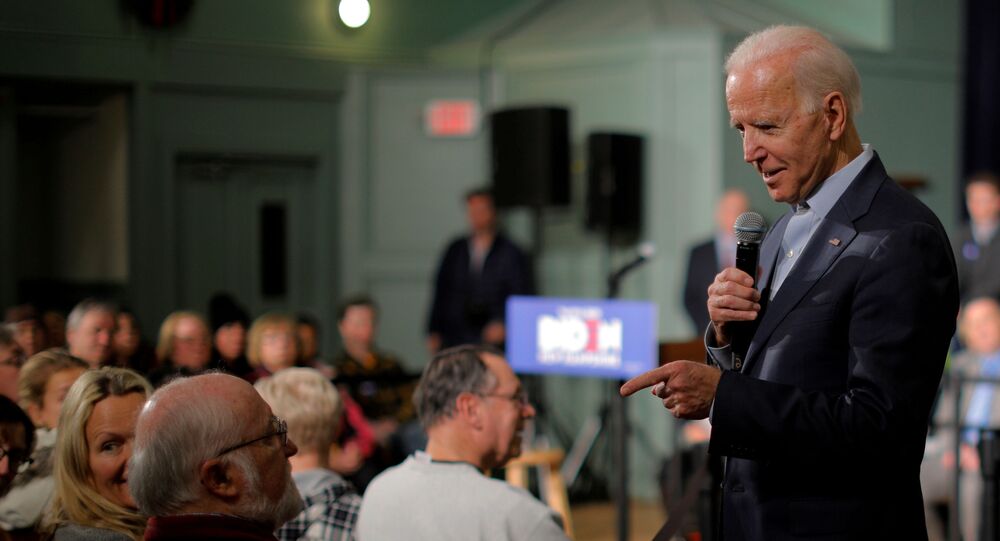 As the 2020 presidential US election nears and candidates expand the verbal boundaries of their promises, controversial statements are highlighted by the media and voters. Former Vice President Joe Biden has come under heavy criticism on social media after an edited video clip of what appear to be 'racist' remarks made by the candidate went viral.

“Our culture is not imported from some African nation, or some Asian nation. It’s our English jurisprudential culture. Our European culture”, the Democratic presidential candidate appears to have said, detailing an unequivocal view on the issue of American identity in the short clip.

Biden proclaims the 'European' identity of America: "Our culture is not imported from some African nation." pic.twitter.com/mG1ys8fzWB

​The controversial footage - which currently has over a million views - has been debunked by the Biden campaign as misleadingly doctored, as excerpts from his original speech were taken out of context as a means of specifically tarnishing Biden and his political image.

It was revealed that the edited 20 seconds of Biden's remarks were taken from ABC News coverage of Biden speaking for over an hour in Derry, New Hampshire, on 30 December 2019. The full video shows that Biden was commenting on changing the US culture around violence against women.

“Folks, this is about changing the culture, our culture, our culture, it’s not imported from some African nation or some Asian nation. It is our English jurisprudential culture, our European culture that says it is all right”, Biden stressed, while debating the difficulty victims face in reporting sexual assault on college campuses.

Nevertheless, some netizens claimed that Biden really does sound like a bigot.

Andy, why do you support Joe Biden, the man who wrote the crime bill, who worked with segregationists, & who wanted to cuts Social Security 3 times? It's like you admit that you are a racist & a bigot towards seniors & PoC. Can't quite put my finger on it 🤔 maybe you can clarify

Biden proclaims the 'European' identity of America: "Our culture is not imported from some African nation." This is not only incorrect it's racist
Culture; the customs, arts, social institutions, and achievements of a particular nation, people, or other social group. #JoeBiden

Biden is a DINO, he's basically a Republican, and I'd take almost anyone else as the Democratic nominee.
Warren has issues, I recognize that - she's not left-wing enough for my tastes, but at least she's not a racist grandpa.

Biden has a mile long history of misogyny racism and homophobia. Warren was a republican until almost 50, and pretended to be Native American until 70. She supported Reagan. Buttigieg has a demonstrably racist career history. Do you wanna make the argument that ppl can’t change?

© AP Photo / Andrew Harnik
Facebook Says Fake Video Depicting Apparently Drunk Pelosi To Remain on Platform
Some netizens suggested that the edited video also echoed a March 2019 Biden speech made at the Russian Tea Room in New York City. At the time, Biden similarly avowed, with a slightly altered stance, that "we all have an obligation to do nothing less than change the culture in this country [...] This is English jurisprudential culture, a white man's culture. It's got to change".

Biden is not the first ranking Democrat who has been targeted in controversial or intentionally misleading video. Last year, a heavily-edited clip of what was made to appear as a 'drunk' version of US Speaker of the House Nancy Pelosi at a public event went viral on social media. It was later revealed that pranksters had slowed the pace of the video to gain a false 'drunk' effect.