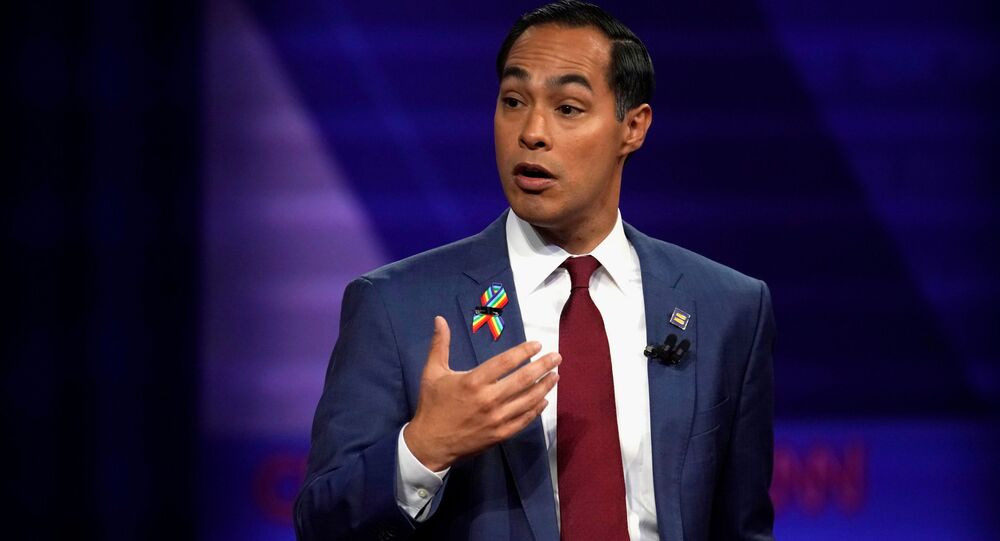 Former Obama Cabinet member Julian Castro officially announced that he would be running for president in 2019, almost a year ago, on 12 January.

Julian Castro, a Texas Democrat and former US secretary of housing and urban development, announced on 2 January that he "suspends" his campaign for president.

"I'm so proud of the campaign we've run together. We've shaped the conversation on so many important issues in this race, stood up for the most vulnerable people, and given a voice to those who are often forgotten. But with only a month until the Iowa caucuses, and given the circumstances of this campaign season, I have determined that it simply isn't our time", Castro said in an online video.

It’s with profound gratitude to all of our supporters that I suspend my campaign for president today.

I’m so proud of everything we’ve accomplished together. I’m going to keep fighting for an America where everyone counts—I hope you’ll join me in that fight. pic.twitter.com/jXQLJa3AdC

Castro dropped out after failing to earn enough support in the polls or donations to make the recent Democratic debates. For most of his campaign, Julian Castro stood at around 1% in the polls and entered October low on money, reports say.

The former presidential candidate focused on healthcare and criminal justice reform, and expressed support for the "Black Lives Matter" movement.

The youngest member of President Obama's Cabinet, serving as the 16th United States secretary of housing and urban development from 2014 to 2017, Castro served as mayor for five years in his hometown of San Antonio.